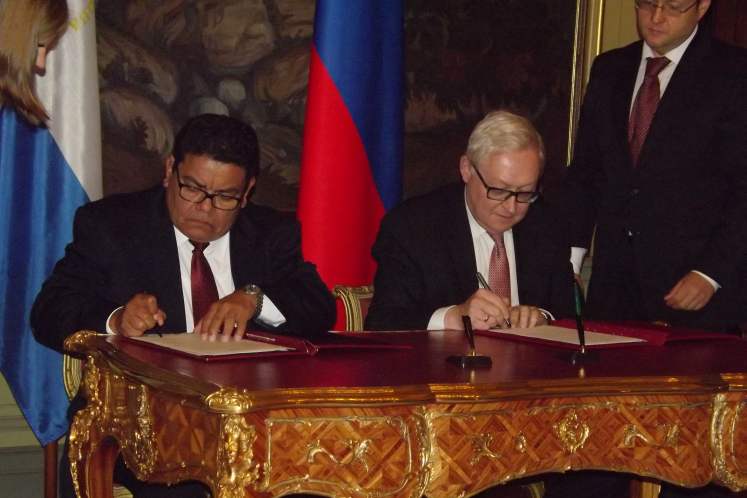 The two countries pledged to not be the first to deploy strategic weapons into space.

Ryabkov stated that, together with his Central American colleague, he presides over a intergovernmental commission for economic and scientific-technical cooperation that operates in the Foreign Ministry.

‘We addressed several aspects of practical cooperation and we are very grateful to the government of President Daniel Ortega,’ the deputy minister highlighted.

The Russian diplomat wished the Sandinista Front victory in the presidential elections on November 6th and spoke about their common determination to prevent the deployment of offensive weapons into space.

He added that the agreement would ensure that more countries take the decision that weapons must not be in space.

‘By signing this statement we ensure that our political cooperation and mutual understanding is stronger,’ he declared.

Molina added that the signing of the agreement and Riabkov comments on both the role of Russia and the strengthening of bilateral relations are ‘a very important part of the balance for the maintenance of peace’.

The agreement also means that Nicaragua will support any initiative to strengthen peace and security in the world, the deputy foreign minister of the Central American nation reaffirmed