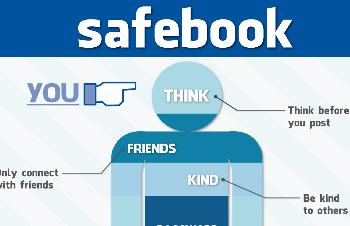 Children and teenagers who file complaints for bullying may remain anonymous, the Constitutional Chamber of the Supreme Court (Sala IV) ruled last week. The court admitted that this is at variance with adult due process rules that require plaintiffs to be identified. 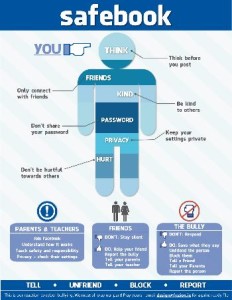 The case arose when the director of a Gravilias de Desamparados school refused to release to the mother of a minor accused of bullying the identity of the accuser or accusers. She filed suit under amparo rules.

“If we had been analyzing this matter with adult eyes, in the name of due process, we would have said, ‘Give up the data,'” Magistrate Paul Rueda explained to La Nacion. “However, the possibilities of reprisals from the kind of phenomenon of violence surrounding  bullying are high and students are in a conflictive place.”

But three of the seven judges on the Sala IV panel chose the usual form of due process over protecting the accusing students, despite an apparent rise in cases of bullying. The Student Rights section of the Education Ministry has received three times the number of complaints of bullying during the first quarter of this year.

In all of 2012, only 57 complaints of bullying were filed as contrasted to 92 in the first five months of this year. This not only includes physical violence cases but verbal ones, especially those that use social media. However, 59 were about physical violence, compared with 29 accusations of verbal aggression and only four of cyberbullying.

But student rights official Rocio Solis does not believe that there is more bullying at work in schools but that victims of such aggression are more aware that they have a recourse. She said that, although her office usually allows the accuser to remain anonymous, there are times when an adult mediator sets victim and bully down to a mediation session.

As Solis says, “Bullying has always existed but has been regarded as simply an argument between kids that will pass in time.”

Comment: In a society as admirable for its ability to socialize as Costa Rica’s, treating bullying seriously is wise. Oft-times, bullies are acting out dangerous tendencies that will become violent in adulthood if left untreated. Dismissing it as “children will be kids” is sweeping it under the rug.

The demand of the mother of an accused bully to know the accuser’s identity definitely implies that the mother, if not the child, intends to confront or intimidate the accuser and his or her parents. This blog feels that both the accused bully and the parents need counselling.

In the United States, bullying has become a serious problem, probably because it was ignored so long. Cases of cyber bullying have resulted in the victim’s suicide. With so many adolescents on in line this country, the frequency will rise inevitably.

- Advertisement -
Paying the bills
Previous articleThe Need to be “Legal” to Work in Costa Rica?
Next articleAresep Study To Determine How Many Bus Users Across the Country