Salvatore Ponzo and the Italian Mafia’s Infiltration of Costa Rica 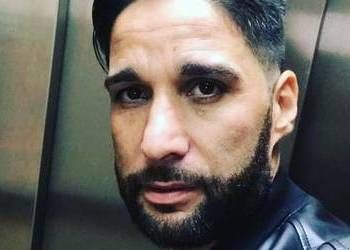 InSight Crime – In photos published by the Costa Rican press, Salvatore Ponzo, an Italian fruit exporter, wears polo shirts and baseball caps emblazoned with the logo of his company. He smiles, his beard neatly trimmed.

This was a very different look from the Ponzo who appeared in the Italian press, dressed in a leather jacket and tight-fitting t-shirt, glowering at the camera.

A final photo from May 2018 tells the end of his story: Ponzo lies dead in a pool of blood outside the Italian embassy in Costa Rica’s capital, San José.

At first, the media reported on the “young businessman” murdered for unknown reasons. Soon, though, the narrative began to shift. Ponzo was labeled a “suspected drug trafficker,” and rumors swirled that he was killed over a cocaine deal gone bad.

The confirmation came in January 2020. An Italian court convicted Ponzo’s father and business partner of using their fruit company in Costa Rica to traffic cocaine into Europe. The killing, investigators believed, was payback for a missing shipment Ponzo’s business partners suspected him of stealing.

Ponzo’s death made headlines in both continents. While the murder of a European drug trafficker in Costa Rica is unusual, the story behind it is not. Ponzo was just one in a long line of Italians who went to Latin America to set up trafficking operations. And in recent years, Costa Rica has become a key territory in the transatlantic cocaine trade.

More: Mother-in-law Of Italian Killed In Costa Rica: Business Dispute May Be Motive

Costa Rica has long been a link in the cocaine supply chain, but for many years its role was limited to providing transport and logistical services to traffickers moving cocaine north to the United States. During the last decade, though, traffickers — seeking out new routes to supply the booming European market — have turned the country’s container shipping port of Limón into one of the region’s most important dispatch points.

It was a logical step. Costa Rica is close to the world’s main cocaine source — Colombia. Limón has busy container shipping routes to Europe, in which perishable goods are exported. Produce is a favored cargo for smuggling, due to the difficulty of its inspection without ruining the shipment. And the country lacked the experience and resources to combat large-scale transnational drug trafficking.

Intelligence and security sources in Costa Rica indicate that Colombian traffickers have mostly driven the push into Costa Rica, and they organize the majority of these exports. Nevertheless, European traffickers, among them the Italian mafia networks that control much of the European cocaine trade, were also quick to seize on the opportunity.

Initially, these traffickers favored a method that has long been popular with the Italian mafia: the use of front export companies.

“These businessmen have ghost businesses dedicated to exporting natural products like fruits and flowers to the United States and Europe, and they use these companies as a cover to place cocaine into legal exports,” said Manuel Jiménez, a prosecutor in Limón.

In most cases, the Italians and their Colombian suppliers contract local dispatch networks to organize the shipments. If the buyers are seen at all, they also present themselves as legal businessmen.

“They come here and pass themselves as importers and then they verify the whole process — it is very easy to do,” Jiménez added.

The first major case involving the Italian mafia came to light in 2014, when multinational police operations broke up a trafficking ring in which Cuban traffickers used Costa Rican frontmen to set up an export company. The Cubans were sending cocaine hidden in shipments to the United States and Europe for the ‘Ndrangheta, the Calabrian mafia network that is the biggest player in the European cocaine trade, the Organized Crime and Corruption Reporting Project (OCCRP) reported.

However, as trafficking between Costa Rica and Europe took off, Italians were also among the European businessmen who came to Costa Rica.  Esteban Chavarría, the head of the anti-narcotics unit of the Costa Rican Prosecutors’ Office, said they pose as investors and “come with foreign capital, making payments through international bank accounts.”

Such foreign investment, he added, draws less attention than the use of local frontmen, whose sudden increases in wealth and assets generate suspicions.

“These Europeans form a legal business structure. For example, they might buy a company that is on the edge of going bankrupt. Then from one moment to the next they withdraw and leave someone trusted in the country, who might be a foreigner or might be Costa Rican, to work for a while so later they can later use the company to export [cocaine],” he said.

Export companies are not the only trafficking infrastructure the Italian mafia have set up in Costa Rica.

In July 2020, Interpol captured fugitive ‘Ndrangheta drug trafficker Franco D’Agapiti, who was the co-owner of a luxury hotel and casino resort in the Pacific coast tourist town of Jacó. According to Interpol, he was allegedly in Costa Rica “to facilitate the entry of cocaine into Italy, utilizing his overseas network and hotel to provide logistical support to visiting people of the clan (‘Ndranghetisti).”

While such investments are usually well hidden, InSight Crime traced three other types of businesses, as well as vehicles, to suspected and convicted Italian drug traffickers in Costa Rica.

Investigators have also detected mob bosses using Costa Rica as a refuge. Among them was one of the most notorious mafia dons of recent times, Camorra chief Antoine Lovine. He was registered entering and leaving Costa Rica five times until 2014, on one occasion staying for eight months, according to Diario Extra.

According to Chavarría, some of these actors also use the country to launder money through property purchases.

Salvatore Ponzo was different. He hid in plain sight, putting his face front and center. He attended expos. He and his business partners gave media interviews.

Ponzo began touring Costa Rican fruit farms and packing plants in early 2015, according to the Facebook page of his company, Tierra Nuestra Latina. His stated aim was to “obtain the best Golden Fruit” so that “the whole world could enjoy this product.” However, his real aim was to capitalize on the Costa Rican cocaine corridor that was then beginning to take off.

Ponzo and his partners also set up a sister company in Barcelona. It claimed to export fruit to customers in a string of countries: Italy, England, the Netherlands, Germany, Spain, Belgium, Russia, China, Colombia, Ecuador, Ukraine and Argentina. Once every few months, though, the shipments contained cocaine.

Reports in the Italian media documented how prosecutors discovered that Ponzo’s company was a front for the cocaine trafficking operation set up by his father, the mobster Mauricio Ponzo. The senior Ponzo had let it be known in the Italian underworld he not only had the Colombian contacts to source multiple tons of cocaine, but that he could also move it himself to Europe.

Among their buyers were a pair of Calabrian brothers who had set up an extensive network in northern Milan. Unfortunately for the Ponzos, in 2017, the network attracted the attention of local police. Surveillance operations led to arrests. The police ultimately tracked the supply chain all the way to Costa Rica and the Ponzo family.

Between October 2017 and March 2018, investigators tracked four shipments each containing over 100 kilograms of cocaine hidden among consignments of pineapples, according to an investigation by Milano Post. The next shipment — containing 215 kilograms of cocaine — the police seized. They removed the cocaine and allowed it to continue on its way. And then they waited, and they listened.

What they heard, the Milano Post reported, was recriminations and suspicions. Wiretapped recordings show the Ponzos suspected a corrupt customs officer had taken the cocaine or that they had been scammed by the Colombians.

The Ponzos’ business partners, though, appear to have suspected Salvatore. On May 23, two gunmen pulled up on a blue dirt bike as he was leaving the embassy. They fired six times, killing him and injuring his girlfriend.

The methods used by Ponzo are now falling out of fashion in Costa Rica. Security and intelligence sources in Costa Rica describe how after several similar cases, all in the same San Carlos region where Ponzo’s company was based, local security forces learned how to profile export companies, looking for suspicious movements of capital, export patterns, and the use of frontmen.

Instead, it is more common for Colombian suppliers and European buyers to contract local criminal networks to break open shipping containers, pack in the cocaine then seal them with false customs seals.

Ponzo may prove to be the last Italian “businessman” dispatching suspicious fruit shipments from Costa Rica, but the Italian mafia’s interest in the country is unlikely to have died with him.