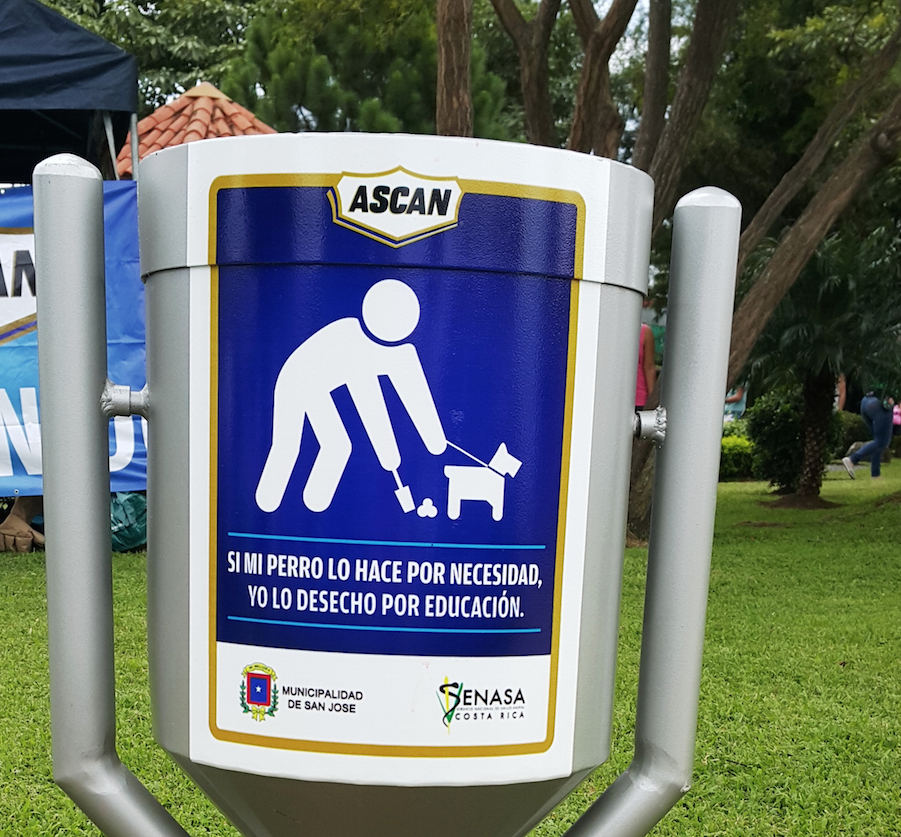 (qCOSTARICA) Five San Jose parks now have exclusive bins for pet waste. The campaign called “Si mi perro lo hace por necesidad, yo lo desecho por educación” (If my dog goes out of necessity, I put waste in its place) aims to encourage pet owners to use the waste bins when they take their dogs to the parks.

The campaign was launched by the National Animal Health Service (Servicio Nacional de Salud Animal – SENASA), the municipality of San Jose and the Cargill food company.

The first park to receive the specially marked receptacles was the Parque Okayama, in San Francisco de Dos Rios, on the west side of San Jose, on Sunday. The other parks are Barrio Mexico, Parque Peru (Sabana Sur), J.F. Kennedy (San Sebastian) and Parque La Sabana.

SENASA’s Laura Loaiza explained that they hope to each month place a new bin in a different park and expand the campaign to the other provinces.