“Sicarios” in Nicaragua: The Business Of Murder 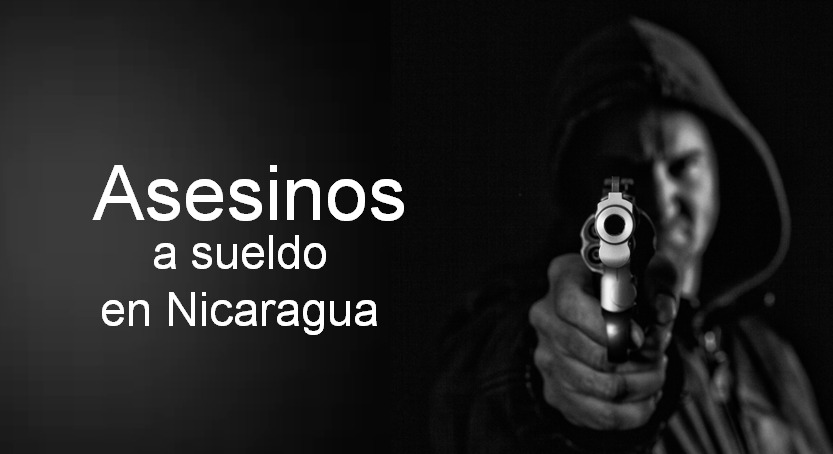 The “sicariato” is a reality in Nicaragua. They are murderers hired by people seeking revenge or to silence the voice of those who think differently, the latter is called “sicariato politico.”

For the man who sent her to kill, the life of Belkis Muñoz was worth 6,000 córdobas (US$178 dollars). In the early hours of Saturday, October 20, 2012, the 25-year-old woman the room she rented in a neighborhood in Managua and took a dark alley to reach the street where the trip to the company she worked for was waiting for her.

On he way three men ambushed her. One was Kennet Muñoz Palma, her ex-partner; the others, hitmen that he hired for the price of 3,000 córdobas for each. While Kennet watched, the thugs forced her to the ground, they took the bag where she carried her two cell phones and one of them shot her in the head.

Three years later, on March 2015, Nahum Bravo, then 25, put a price on the lives of his father, stepmother and half-sister. He promised Jairo Ugarte a hundred thousand córdobas in exchange for helping him kill them; He showed him the house and gave him details about the routines of the victims so that the crimes were committed without surprises or errors. The young Lucia Bravo died after being stabbed 46 times, Santos Bravo was killed with a bat and his wife, Rosibel Murillo, with a metal tube.

In May 2016, he learned of another paid murder that stood out for his vindication: Reynerio Zamora Pérez was taken with deception to a Matagalpa estate where three men shot him three times and cut off his head to deliver it as evidence to the “contracting party”, who would pay the sum of 200,000córdobas for the “work”.

Assassination cases are not something new in Nicaragua, although police and prosecutors refuse to use the term “sicariato” to qualify them.

“Sicariato exists in Nicaragua for a long time. In recent years there were more cases than in previous years and with the April 2018 crisis they are likely to have increased, but for now we do not know clearly, we do not know how many cases and if it is indeed a hired killer,” says Elvira Cuadra , sociologist and expert in security issues. “That lack of precision is mainly due to the crisis and the attitude of the Police to refuse to attend and report on these cases.”

A hitman murdered journalist Pedro Joaquin Chamorro Cardenal, director of the newspaper LA PRENSA, on January 10, 1978. A hitman shot Carlos Guadamuz, a journalist and once a close friend of Daniel Ortega, on February 10, 2004. And a hitman sowed terror in Mozonte, Nueva Segovia, in the winter of 1927, cutting the heads of liberal peasants at the request of the main conservative leaders of the city of Ocotal. Nothing more than by then the term hitman was not yet popular in Nicaragua.

The word sicario (hitman) comes from a primitive terrorist organization that operated just under two thousand years ago. They were called “sicarii”, “a name that came from the short sword (sica) that they hid under the robes,” explains the magazine Muy Historia; and it was a radical group that in the year 66 of our era “fought against the Romans and the Palestinians who supported them”. They attacked their enemies on holidays, slipping through the crowd that congregated in Jerusalem to act with “greater impunity.”

Nowadays the word sicario is used to refer to that person who “assassinates on demand in exchange for an economic remuneration”, according to the study El sicariato: una perspectiva psicosocial del asesinato por encargo (The hitman: a psychosocial perspective the contract killing), published in 2016.

In other words, a sicario is a hired killer who does the “dirty work” of the contractor and usually does not have an emotional bond with the victim.

The phenomenon of the hired killer, says the text, is not of “recent.” Although in recent years it has been associated as the armed arm of criminal organizations, it has been present in various cultures of human evolution and “in recent years has had a sustained and alarming increase, especially in Colombia and Mexico,” who live under the violence of drug trafficking.

This criminal practice is not exclusive to Latin America, as murders for hire have been reported in Spain, England, Australia and Italy. However, “Latin America has the highest crime rates” in regards to these types of crimes, the study states.

Until 2011 in Colombia, 47 percent of the homicides reported were executed by sicarios; while in Mexico, as of March 2014, there were 1,688 executions per month.

In the case of Colombia, experts establish the year of birth of the 1946 hired killer. The first deaths “were hired by politicians.”

“After the assumption of Mariano Ospina Pérez, the conservatives went to the towns to disturb the liberals. Those who charged for that ‘job’ were called ‘‘Pájaros’ (Birds) and were between 30 and 40 years old. They killed in Valle del Cauca, Tolima or Antioquia. With revolvers and short daggers. Ten years after the arrival of Ospina Pérez, there were 200,000 dead,” says the newspaper El Clarín in the report El sicariato, un oficio atroz que en Colombia cumple 70 años (El sicariato, an atrocious trade that turns seventy in Colombia), published in 2014.

“The youngsters of Medellín, when Pablo Escobar lived, were deprived of their sensibility by killing homeless people,” says El Clarín. “They were entertaining, and no one was imprisoned for killing a person who slept in the street.”

Today, the trade of organized hired killers continues to be a terrible reality in those countries. However, says sociologist Elvira Cuadra, “the sicariato is not necessarily an activity of structures or groups; It is a way of committing murders and can be done by a single person or an organized group, and there is generally remuneration involved, although, the issue is much more complex than that.” 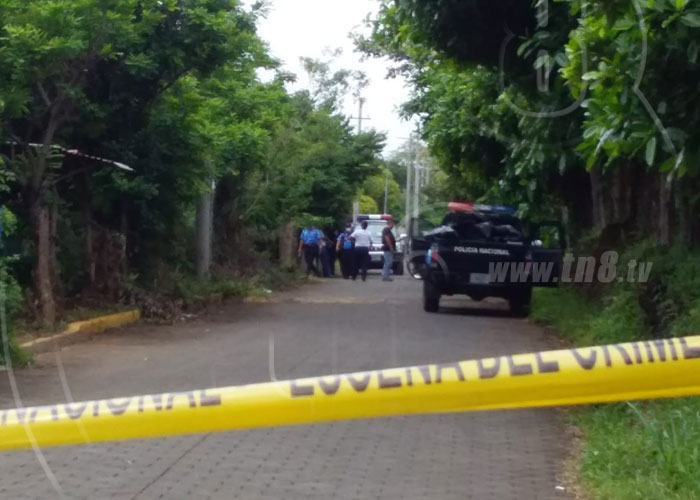 Traditionally, the “common hired killer” is associated with drug trafficking, organized crime, or specific cases of vendettas. However, for consultant Roberto Cajina, an expert in national security, in Nicaragua’s case “the common sicariato is minimal compared to the political sicariato, which is the special feature in Nicaragua.” And with this, he refers in particular to the Police and para-police groups.

Elvira Cuadra believes that the violent Orteguista armed groups that have repressed the citizen protest since April 2018 must be differentiated from the sicarios, who are literally “hired killers”.

“The parapoliciales (para-police), have another motivation and a different way of acting,” she says.

“What this government has done is to turn the concept of sicario into a slightly modern version … Hire para-policiales to kill people. That is the concept of a hitman: pay someone to kill someone, as has happened in the demonstration on May 30,” he says.

“They are sicarios in the sense that they receive a pay to kill,” says Cajina categorically, but in her opinion, within these groups there are two types: “Some who kill because they are paid and others because they believe in Daniel Ortega, Rosario Murillo, but in the end they are always sicarios. In the end, they get paid in some way or receive ‘recognition’ for what they do.”

“He who killed Carlos José Guadamuz was a sicario. Those who killed the Tejada brothers and threw them into the Masaya volcano were sicarios too. What happens is that the motivations are different. The guys who shot from the stadium, those are paid hitmen. Why? Because they have a salary in the Police,” says Cajina.

“That assassination is supposed to be for a political cause, the defense of the regime, but there are people who are willing to kill not for the political cause, but because they get paid. It is the most brutal form of sicariateo, when you lose your human nature and decide to kill a person because someone pays you,” says Cajina.

“The drug trafficking or organized crime sicariato is not political. It is a simple struggle for territories, routes ”, emphasizes the expert. “Here (in Nicaragua) it is a political sicariato and is exercised by police and para-police. The political sicariateo is to kill the adversary, regardless of who they are, for what they think, for what they say, for the flag they carry. ”

For weeks, there has been a strong police presence on the...
Read more

How Much Does It Costa To Hire A Hitman In Costa Rica?

How much does it cost to hire someone to have someone...
Read more