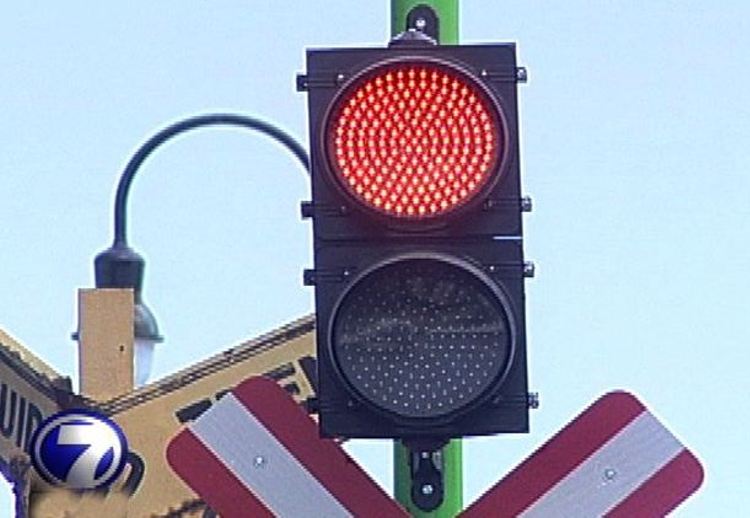 DING DING DING DING and flashing red lights warn drivers at 27 train level crossings around San José and at some intersections Policia de Tránsito (traffic) officials ticketing them if they do not obey the signals.

The Ministerio de Obras Publicas y Transportes (MOPT) invested ¢480 million colones in the project to install traffic signals at 29 train crossings. However, two of the signals have already been vandalized, leaving only 27 operational.

The fine for disobeying the train crossing signal is ¢192.000 colones (US$350). Transport officials hope that the high fine will be a deterrent and work towards reducing accidents between trains and vehicles.

The MOPT says the traffic lights are the first step, next will be the erection of barriers where a railway line crosses a road.

Germán Marín, director of the Policia de Tránsito reminds drivers that the train has the right of way.