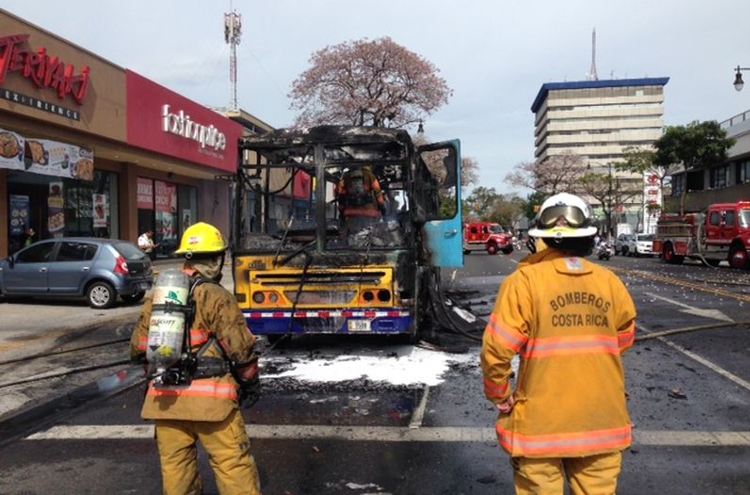 LAST MINUTE COSTA RICA NEWS – A bus of the Sabana-Estadio route caught fire Wednesday morning on Paseo Colón, San José, in front of the Quiznos fast food restaurant. The incident occurred at 8:13am.

Traffic police had to close off Paseo Colón from the La Sabana park to Calle 36.

“Thanks to God there was a red light. The bus was stopped when I heard an explosion below the engine, at the same time saw the fire break out”, the driver, José Antonio Hernández, told authorities.

None of the passengers or the driver were hurt in the incident.

The Bomberos (Fire Department) is investigating the fire that could be caused by a mechanical failure.