Streets of Matapalo in Samara Will Receive Maintenance After 20 Years 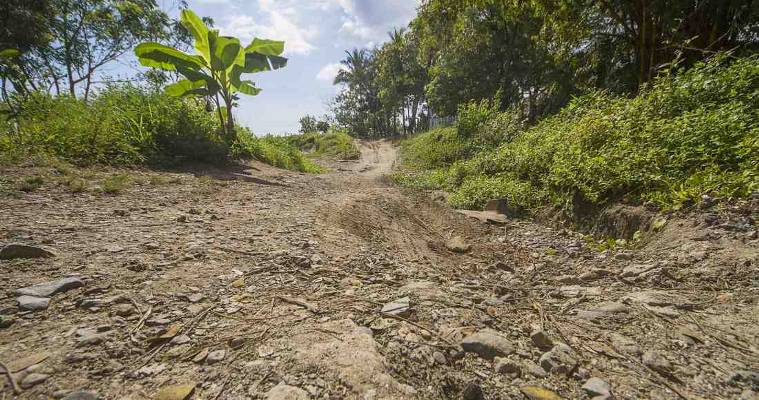 By: Wilberth Villalobos Castrillo, VozdeGuanacaste – After 20 years of neglect, the Municipality of Nicoya will give maintenance to the streets of the community of Matapalo in Samara.

The reason why the streets have not been fixed in so long is because they are not recognized on the map of the canton’s road network.

This was expressed by Marcos Jimenez, mayor of the Municipality of Nicoya, and council member Rodolfo Orozco at the meeting held on Monday, November 18. That’s why representatives of the Matapalo Roadways Committee presented to the Municipal Council a formal petition and a cadastral (land registry) plan to get recognition of the approximately three kilometers of streets that start from the bus stop and extend eastward from the community.

Jorge Flores, president of the committee, said that what they want is for the municipality to patch and clean the streets and for the streets to be declared as municipal so they will appear as registered within the plans of the Technical Unit of Roadway Management and thus receive periodic maintenance.

Before the request of the committee, Marcos Jimenez acknowledged that the problem has been an “oversight” by previous municipal administrations and beginning in January 2014 the streets will receive attention. However, Jimenez said that the streets are not primary so they will not be 14 meters wide but rather approximately 10 to 12 meters wide.

In addition, the mayor explained that the funds for the work will not come from Law 8114 but from the municipal budget, which means that the work will be conducted with municipal equipment and staff.

During the meeting, the council approved doing patching and cleaning, as well as incorporating the streets within the municipal map.

QCOSTARICA - The vaccination teams of the Caja Costarricense...
Health