Despite the ruling, salaries for days not worked will not be reduced 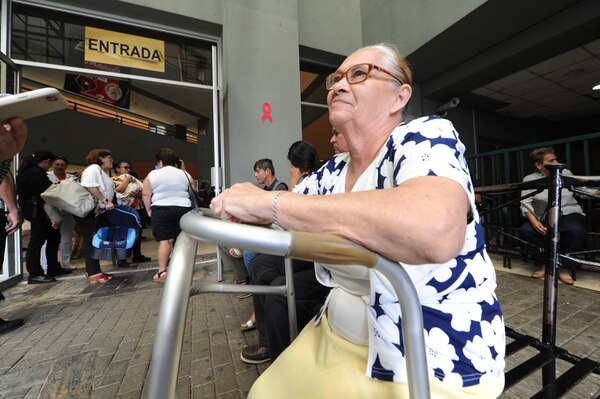 From August 5 to 12, thousands of workers of the Caja Costarricense de Seguro Social (CCSS) crippled the State health system, as more than 120,000 exams and diagnostic procedures, 80,000 medical appointments and 1,600 surgeries canceled.

From the first day of the work stoppage, the CCSS appealed to the labor court to declare the strike illegal. But the system is slow.

The CCSS and workers finally came to an agreement, signed by the executive president of the Caja, Roman Macaya, where the workers would continue to keep their bonus structure in place prior to the Tax Reform law that went into effect in December 2018.

Despite the strike declared illegal, the ruling does not allow the Caja to reduce salary for days not worked.

However, two points that make the court decision moot. One is the Comptroller’s office directive that CCSS workers must comply with the Tax Reform and ordered the Caja board of directors to nullify the agreement signed.

The other is a bill in the legislative assembly that, if approved, would make possible salary reductions for days not worked, limit strikes of public sector employees, among other provisions. The bill was approved in first debate, but hours before the beginning of second and final debate, a consult with the Constitutional Court was requested.

The between the CCSS and the trade unions, led by the Frente Sindical para la Defensa de la CCSS, have filed legal actions in various courts, as well as before the Board of Directors of the Caja, to enforce what they call acquired rights.

At stake is the government’s push cut costs as it tries to steer the state finances to a healthy position, by limiting bonuses paid to public sector employees at a fixed amount, and not as a percentage, as had been prior to the Tax Reform Law, and agreed to between the CCSS president and unions.

RICO's DIGEST - There is never really a good...
Health