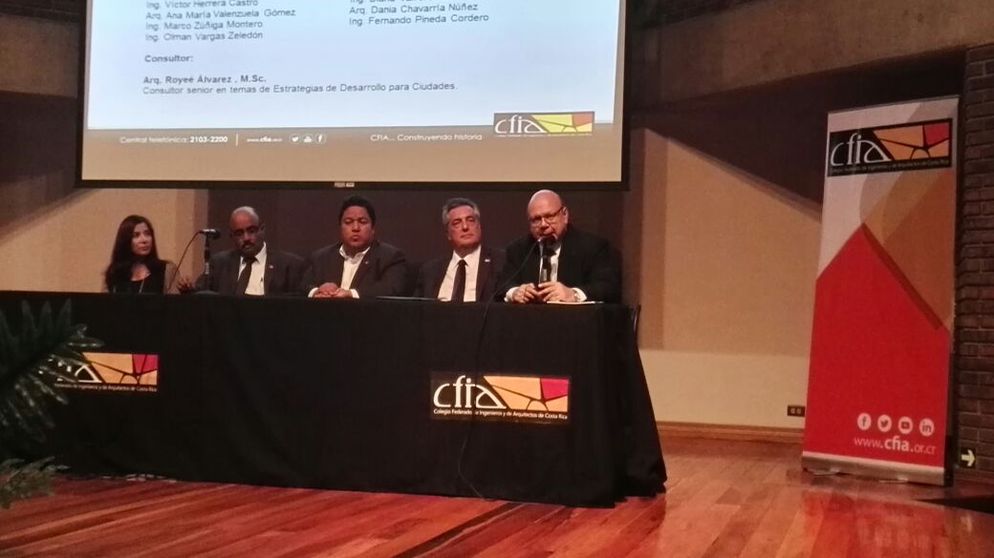 Q COSTA RICA – In the face of the traffic chaos gripping the Greater Metropolitan Area (GAM) of San Jose, the idea of a ‘metro’ (subway) has being discussed again.

On Wednesday afternoon, the Colegio Federado de Ingenieros y Arquitectos (CFIA) – College of Engineers and Architects – presented a proposal for a subway network, that would initially start with three lines.

The proposal was submitted to the Ministerio of Obras Publicas y Transportes (MOPT) for evaluation.

The total cost of the project to build a metro system of about 30 kilometres, would be US$5.4 billion dollars, according to CFIA president Abel Castro.

MOPT Minister Carlos Villalta said that while the proposal serves as a guide for future governments, for the moment the project is not viable.

“It has a high social component (…),” said Villalta.

The minister explained that the project would not be profitable, the ¢500 to ¢900 colones fares would generate a loss, given an insufficient number of passengers. The CFIA numbers reveal that some 1,161,000 move in San Jose .

In addition, for the metro to become viable it would be necessary is to put modernize the current buses system and urban train, and putting order (traffic wise) in the capital city, among a series of measures.

QCOSTARICA - With a mega-complex of more than 153,000 square meters...
Read more

QCOSTARICA - American Airlines announced that starting November 2, 2021, it will offer a direct flight between Austin, Texas and the Daniel Oduber International...
Entertainment