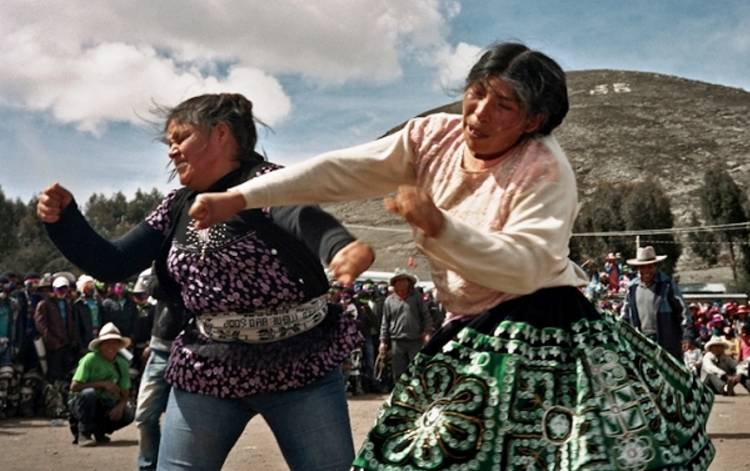 Every December 25th, it’s not Santa Claus people in Peru are looking forward to. They’re looking forward to Takanakuy, the annual tradition of getting together as a community, and beating the snot out of each other to settle old grudges, all followed and celebrated in tandem with drinking, dancing, music and family support!

[quote]Takanakuy (“when the blood is boiling” in the Quechua language) is an annual established practice of fighting fellow community members held on 25 December, by the inhabitants of Chumbivilcas Province, near Cuzco in Peru. The practice started in Santo Tomás, the capital of Chumbivilcas and has now spread to other villages and cities, the prominent ones being Cuzco and Lima. The festival consists of dancing and of individuals fighting each other to settle old conflicts or simply to display their manhood.[/quote]

It’s not just men going toe to toe in settling old disputes that have boiled up over the year since the last festival, it’s women too.

They even dress up in elaborate stylized costumes:
[quote]Dress
There are five types of traditional ‘characters’ portrayed during the ceremony that have different roles based on Andean cultural symbols. The majority of the dress is based on traditional horse riding gear and brighly colored Peruvian ski masks, which are characteristic of the specific regional area. The ski masks are not all the same, they have different colors, different designs, and different textile patterns.

Majeno
Majenos are the most basic level of dress adorning the traditional horse riding gear. A ‘majeño’ is a guy who lives near the Majes River in the Andes and the attire of this character is based on that. Wool horse riding pants, a leather cap, a harrington-like traditional Peruvian jacket, hollowed out bull’s horn for the alcohol. The specific Peruvian ski mask is called “uyach’ullu” which has abstract symbolic associations and displays four colors (red, green, yellow, and white) which are supposed to represent the four quadrants of the universe. The main purpose of wearing the ski mask however is to concel the identity of the fighters in order to prevent the tensions and animosities from linger over into the next year.

Quarawatanna
A combination between Majeno dress with the addition of a leather biker jacket, long leather cowboy chaps, and eithert a dead bird or a deer skull on top of hi/her head. The majority of the young individuals in the indigenous communities pick this type of fighter due to its intimidation factor.

Negro
Aspects of this dress attempt to portray a slave master during the colonial periods; for example, knee-high leather boots, fancy worsted pants, a nice shirt and waistcoat, a silk embroidered cape in pink or baby blue, and a cardboard crown with shiny wrapping paper on the sides and a star at the top. Then the character has to dance in circles like a rooster, which is the character’s associated spirit animal. This type of outfit was traditionally reserved for the wealthy men in town and served in contrast to the Majeno’s drunk archetype. Over time, the character became less the rich man’s costumes than the top fighters.

Langosta
The Spanish word ‘langosta’ translates to locust, and this costume is made to resemble one. The outfit is made of shiny material, and often the wearer hands a dead bird to represent the death that locusts caused in the area in the 1940s.

Q’ara Gallo
This specific fighter wear no distinct type of dress attributed to Andean culture but still takes part in the procession but not the ceremonious fighting.[/quote]

And here is how it all starts out:
[quote]The procession to the fighting site starts with a high pitched falsetto through the streets.

The procession is family oriented as a preparation for the young children who will see the violent fights later on in the day. Children also dress up for the occasion, usually resembling their father’s character. The purpose of the fighting is to settle conflicts with an individual, friend, family member or to settle territorial conflicts that have come up throughout the year. The style of fighting used during the celebration is relatively similar to martial arts, which involves kicking, punching, and quickness of their movements. Those fighting call out their opponents by their first and last name. They then proceed to the middle of the circle and start the fight.

The men fighting must wrap their hands with cloth prior to the fight. Biting, hitting those in the ground, or pulling hair is not allowed during the fight. The winner is selected based upon a knockout or intervention by the official. There are amateur officials who carry whips in order to maintain the crowd under control. At the start and at the end of the fight, the opponents must shake hands or give each other a hug. If the loser of the fight disagrees with the outcome, he or she can appeal for another fight. This type of fighting also exemplifies one’s level of manhood in the community of Santo Tomás.[/quote]

Thus, at the centre of things, it’s mainly a manly event backed by families cheering on the Father while officials carry around whips to maintain the crowd.

Though hands are wrapped in cloth, it’s basically bare knuckle, and if the loser doesn’t like that he’s lost, he can appeal to continue for an extension of the fight, or to have another. 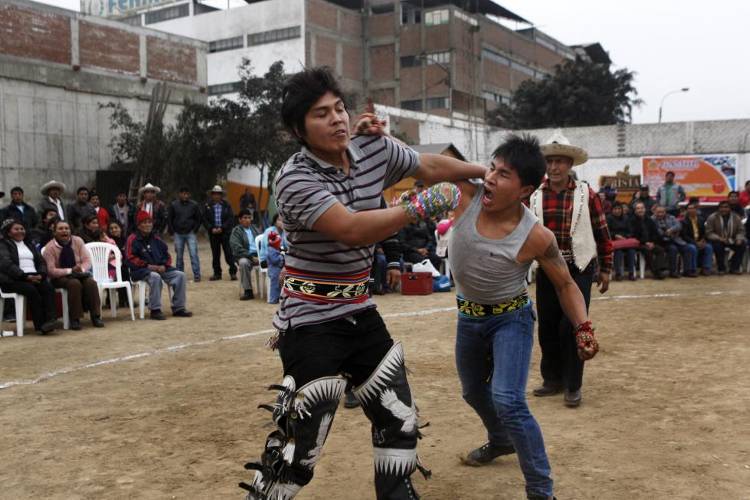 Why haven’t you heard of this celebrated event?

The first rule of Fight club is … 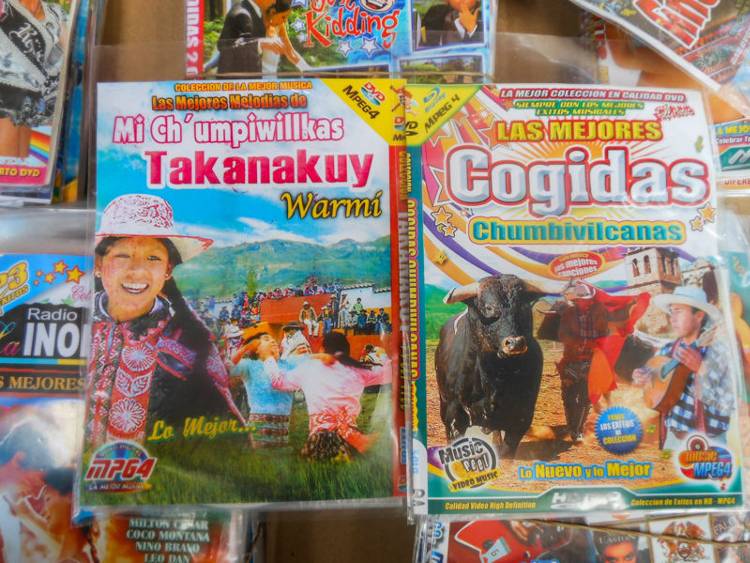 QCOSTARICA - The sanitary measures, that include the vehicular restrictions, against...
Read more

QCOSTARICA - Despite the cancellation of the romeria, the annual pilgrimage...
Read more