Taxman Goes After Fonseca and Others

It all began on Saturday, May 11, when Casa Presidencial was on her way to Peru aboard a private plane that we later learned has alleged ties to drug trafficking.

In the days following a scandal brewed. At first there as denial of any wrongdoing by government officials, then accusations (by the same officials) of being lied to and finally Presidenta Laura Chinchilla admitting the error of her subordinates, her error in judgement and offering to “not do it again” while she is in office.

This, you would think would have been the end of it. But it wasn’t.

The Attorney General was called in by a legislator who charged the Presidenta with leaving the country, breaching protocol by not advising the Legislative Assembly, as the president is required to do.

This led to the start of investigation ball rolling, the Attorney General’s office in action, looking into accusations of corruption by government officials and allegations that the plane’s owners and/or representatives has ties, links to Colombia’s drug cartels.

During it all one name kept popping up, that of Rolando Fonseca, the former Costa Rican soccer player turned “extremely successful overnight” businessman.

All week Fonseca has stayed quiet on the subject. And though he has been able to fend off criticism with his silence, his dance with the authorities is another matter.

On Friday, Costa Rican authorities – the Attorney General, the Organismo de Investigacio Judicial (OIJ), the Money Laundering Division of the Organized Crime Prosecutor and a bunch of other police bodies, but, perhaps the single most authority to be feared of all is the Dirección General de Tributación (DGT) or taxman – descended on the Fonseca home in the posh residential community Valle del Sol, in Santa Ana.

Authorities also raided the Fonseca offices located in Avenida Escazú, in Escazú, taking away documents and computers. And to adding salt to the injury, authorities descended on the very private and upscale marina located in Playa Herradura. There, authorities took possession of a yacht, immediately transferring to the the Costa Rican Coast Guard centre in Caldera, Puntarenas, where it will be safe kept until authorities untangle the case. 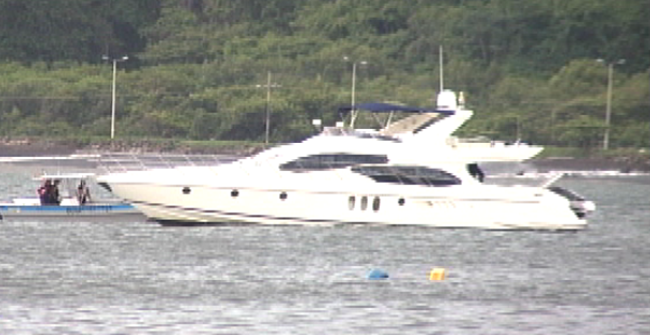 According to the Director of Taxation, Carlos Vargas, the Ministry of Finance is seeking to show if there is congruence between the declared assets of Fonseca and those he actually has. Vargas said that Fonseca has ten days to deliver a report, after which time they will determine what actions to take.

Friday morning, authorities also raided the home of Gabriel Morales and Mexican businessman, Gerardo Herrera, who is president of Gas Oil & Mining, the company that Morales represented as have the power to lend the THX plane.

Authorities have been quiet on the results of the raids, only saying there were no detentions. Not yet, anyways.

For Fonseca it seems his troubles are probably just beginning, not necessarily fearing the lawmen, but the taxman. After all “it’s all about the money, not freedom”

HQ - The appearance of pests and diseases, in particular the 'dragón amarillo' (yellow dragon), the impact of the weather and a sharp drop...
Expat Focus