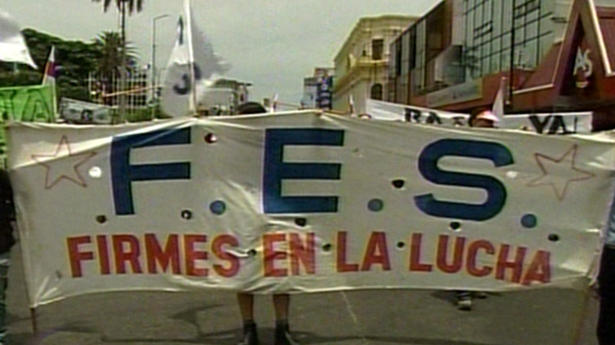 More than 25.000 teachers are expected to take part in today’s protest march to Casa Presidencial (Government House), to oppose the government’s plan to cut back bonuses and overtime pay of public sector employees.

At the heart of the protest is the removal of “incentives” to teachers and all of the country’s employees of the central government, according to the head of the teachers union, the Asociación de Profesores de Segunda Enseñanza (APSE), Beatriz Ferreto.

“We will not talk about pay cuts, we don’t want to start from scratch on this topic, what we want is to change the subject of discussion”, said Ferreto.

Ferreto added, “we had agreed on discussing the public employment issue, but not with that the government came up with”.

The union has called on its members and other public sector unions to gather at the Fuente de la Hispanidad (fountain in front of San Pedro Mall) at 11:00am today, for a march onto Casa Presidencial a few blocks away.