QCOSTARICA – Coke and a slice was their daily special. A mobbed up Queens couple and their son were arrested Wednesday, accused of ​using their ​pizzeria and a produce business as mom​-​and​-​pop fronts for a cocaine operation that stretched from Corona to Costa Rica, according to a Brooklyn federal court complaint.

Gregorio and Ele​o​nora Gigliotti, the owners of Cucino a Modo Mio (“I Cook My Way”) and their son, Angelo, 34, all face life in prison after a federal investigation blew the lid off of their secret stash, court papers state.

According to the investigations which were carried out for several months, the couple has strong contacts with traffickers in our country.

Using their Costa Rica drug contacts, the Gigliottis  organized the shipment of cocaine in containers of yucca to a port in Delaware before having them trucked to their Bronx produce warehouse, court papers state.

To avoid any suspicion, in telephone conversations between the New Yorkers and their dealers spoke of exports of pineapple and yuca (they called cassava).

According to court papers, authorities intercepted a container from Costa Rica with 1,200 boxes of yuca, which actually contained 40 kilos of cocaine.

In the past six months, the couple have smuggled 55 kilos of drugs valued at US$2 million. In fact, last August Mrs. Gigliotti arrived in Costa Rica with a suitcase filled with US$400,000 in cash to deliver to a drug dealer, ​court ​papers state.

In addition to six guns, agents recovered US$100,000 from the restaurant’s safe as well as US$50,000 and another pistol in the Gigliottis home in Whitestone. Appearing together in Brooklyn federal court Wednesday afternoon, the Gigliottis were held pending a bail package presentation. 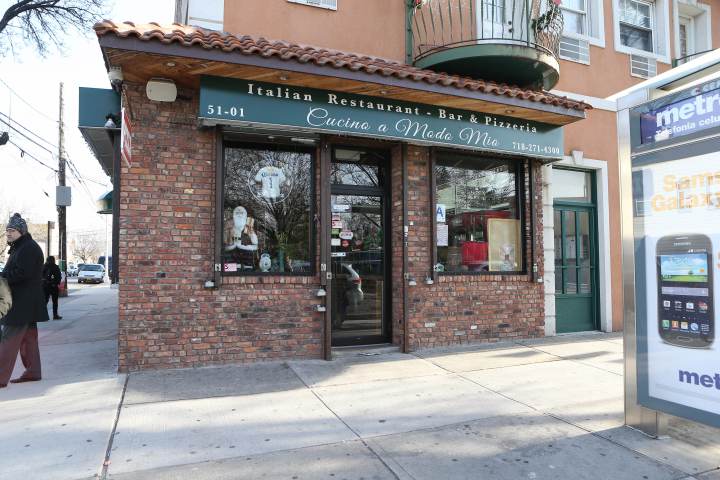 According to the NY Post, the portly, bald and goateed Gregorio Gigliotti wore a white track top emblazoned with the word “Italia.”

Gregorio, who is originally from the southern Italian region of Calabria, was caught on the pizzeria wiretap talking to a contact in Costa Rica to arrange for his spouse’s drug deal, court papers state.

He later called her to instruct her to count out the cash that was to be handed over to the drug contact. Ele​o​nora, 54, was generally tasked with stuffing cash in the luggage before drug deals, the ​feds allege.

Following the interception by agents of a 40-foot cargo container containing the “cassava” sent from Costa Rica to a port in Delaware under the auspices of the family’s produce company, “things are bad,” Giggliotti told his Costa R​​ican contact about the missing blow on yet another incriminating wiretap, court papers state. “There is nothing of that,” he said, referring to the cocaine.

Undeterred, Giggliotti continued to arrange for an additional shipment a week later before the feds swooped in on him, his wife and son Wednesday.

The eatery was raided by roughly 30 agents during business hours Wednesday and closed up after they left, witnesses said.

According to the NY Post, a regular customer of the restaurant was quoted as saying, “Oh my God! I’ve eaten there — mostly pizza. It’s a family owned business, you would never expect that. They’ve been here a little over a year and seemed very pleasant.”