Get ready for Fedcoin and the e-euro

Get ready for Fedcoin and the e-euro

Q REPORTS (The Economist) Technological change is upending finance. Bitcoin has gone from being an obsession of anarchists to a $1trn asset class that many fund managers insist belongs in any balanced portfolio. Swarms of digital day-traders have become a force on Wall Street. 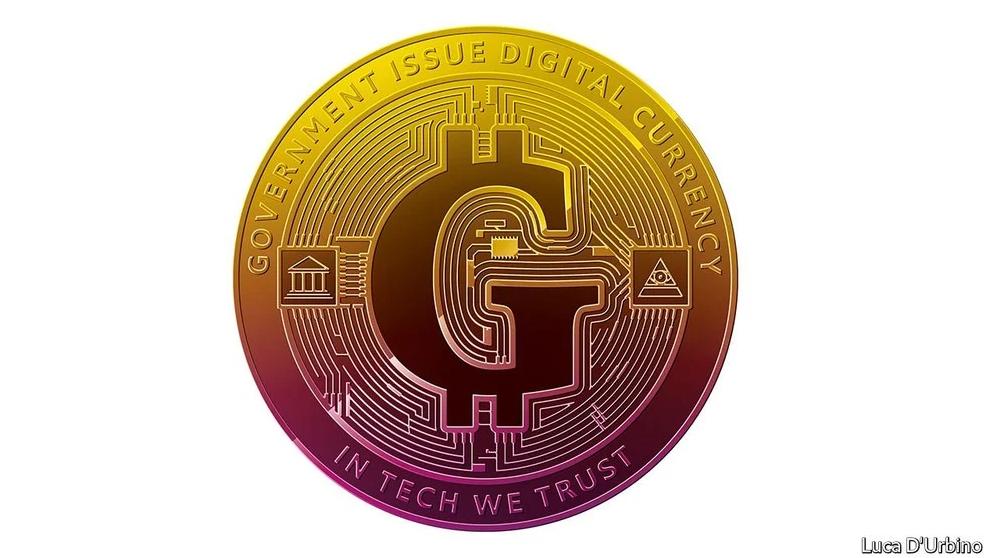 PayPal has 392 million users, a sign that America is catching up with China’s digital-payments giants. Yet, as our special report explains, the least noticed disruption on the frontier between technology and finance may end up as the most revolutionary: the creation of government digital currencies, which typically aim to let people deposit funds directly with a central bank, bypassing conventional lenders.

These “govcoins” are a new incarnation of money. They promise to make finance work better but also to shift power from individuals to the state, alter geopolitics and change how capital is allocated. They are to be treated with optimism, and humility.

A decade or so ago, amid the wreckage of Lehman Brothers, Paul Volcker, a former head of the Federal Reserve, grumbled that banking’s last useful innovation was the ATM. Since the crisis, the industry has raised its game. Banks have modernized their creaking IT systems. Entrepreneurs have built an experimental world of “decentralized finance”, of which bitcoin is the most famous part and which contains a riot of tokens, databases, and conduits that interact to varying degrees with traditional finance.

Meanwhile, financial “platform” firms now have over 3 billion customers who use e-wallets and payments apps. Alongside PayPal are other specialists such as Ant Group, Grab and Mercado Pago, established firms such as Visa, and Silicon Valley wannabes such as Facebook.

Government or central-bank digital currencies are the next step but they come with a twist, because they would centralize power in the state rather than spread it through networks or give it to private monopolies. The idea behind them is simple. Instead of holding an account with a retail bank, you would do so direct with a central bank through an interface resembling apps such as Alipay or Venmo. Rather than writing cheques or paying online with a card, you could use the central bank’s cheap plumbing. And your money would be guaranteed by the full faith of the state, not a fallible bank. Want to buy a pizza or help a broke sibling? No need to deal with Citigroup’s call center or pay Mastercard’s fees: the Bank of England and the Fed are at your service.

This metamorphosis of central banks from the aristocrats of finance to its laborers sounds far-fetched, but it is underway. Over 50 monetary authorities, representing the bulk of global GDP, are exploring digital currencies. The Bahamas has issued digital money. China has rolled out its e-yuan pilot to over 500,000 people. The EU wants a virtual euro by 2025, Britain has launched a task-force, and America, the world’s financial hegemon, is building a hypothetical e-dollar.

One motivation for governments and central banks is a fear of losing control. Today central banks harness the banking system to amplify monetary policy. If payments, deposits and loans migrate from banks into privately run digital realms, central banks will struggle to manage the economic cycle and inject funds into the system during a crisis. Unsupervised private networks could become a Wild West of fraud and privacy abuses.

The other motivation is the promise of a better financial system. Ideally money provides a reliable store of value, a stable unit of account and an efficient means of payment. Today’s money gets mixed marks. Uninsured depositors can suffer if banks fail, bitcoin is not widely accepted and credit cards are expensive. Government e-currencies would score highly, since they are state-guaranteed and use a cheap, central payments hub.

As a result, govcoins could cut the operating expenses of the global financial industry, which amount to over $350 a year for every person on Earth. That could make finance accessible for the 1.7bn people who lack bank accounts. Government digital currencies could also expand governments’ toolkits by letting them make instant payments to citizens and cut interest rates below zero. For ordinary users, the appeal of a free, safe, instant, universal means of payment is obvious.

It is this appeal, though, that creates dangers. Unconstrained, govcoins could fast become a dominant force in finance, particularly if network effects made it hard for people to opt out. They could destabilize banks, because if most people and firms stashed their cash at the central banks, lenders would have to find other sources of funding with which to back their loans.

If retail banks were sucked dry of funding, someone else would have to do the lending that fuels business creation. This raises the queasy prospect of bureaucrats influencing credit allocation. In a crisis, a digital stampede of savers to the central bank could cause bank runs.

Once ascendant, govcoins could become panopticons for the state to control citizens: think of instant e-fines for bad behavior. They could alter geopolitics, too, by providing a conduit for cross-border payments and alternatives to the dollar, the world’s reserve currency and a linchpin of American influence. The greenback’s reign is based partly on America’s open capital markets and property rights, which China cannot rival. But it also relies on old payments systems, invoicing conventions and inertia—making it ripe for disruption. Small countries fear that, instead of using local money, people might switch to foreign e-currencies, causing chaos at home.

Such a vast spectrum of opportunities and dangers is daunting. It is revealing that China’s autocrats, who value control above all else, are limiting the size of the e-yuan and clamping down on private platforms such as Ant. Open societies should also proceed cautiously by, say, capping digital-currency accounts.

Governments and financial firms need to prepare for a long-term shift in how money works, as momentous as the leap to metallic coins or payment cards. That means beefing up privacy laws, reforming how central banks are run and preparing retail banks for a more peripheral role. State digital currencies are the next great experiment in finance, and they promise to be a lot more consequential than the humble ATM.

This article appeared in the Leaders section of The Economist under the headline “The digital currencies that matter”. Read the original here.

QCOSTARICA - An outbreak of 15 people positive for malaria on...
Read more
- paying the bills -

To be updated with all the latest news and information about Costa Rica and Latin America., offers, and special announcements.