The Flavor of Criollo Chicken in Nicoya 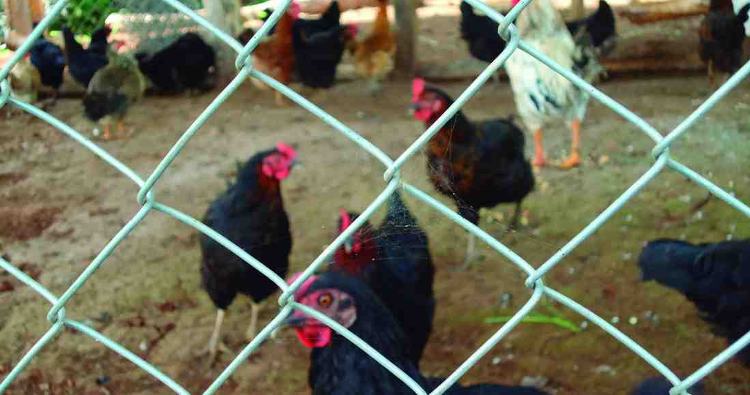 er
By: Henry Morales Navarro, Vozdeguanacaste – If you are bored of the same flavor of chicken, prepare your tastebuds for a more legitimate and nutritional flavor than farm-fattened chicken.

A group of families, mainly female entrepreneurs from La Virginia of Nicoya, have organized to develop a project to raise and market local criollo chickens to offer a more attractive and unusual product since the chicken that are commercialized in supermarkets are normally farm-fattened. While farm-fattened chicken have a more artificial flavor because they are fed concentrated pellets, the criollo chicken eat vegetation, insects and corn and therefore have a better, more original flavor.

One of the criollo chicken varieties is known as “pata larga,” which means long foot. This type of chicken has long yellow feet and a larger size than the traditional chicken. Fully developed, it can weigh between 3 and 4 kilograms (6.6 to 8.8 pounds), with a plumper breast, which makes it more economically viable.

Evelyn Aguilar, who initiated the project, hopes it will be successful. “The first years are hard but afterward we’ll be seeing the result,” she commented.

The idea was well-received by the Ministry of Agriculture and Livestock (MAG), who will offer them assessments and a market study, and through the Japanese Agency of International Cooperation will give them training on management, investment and development of the project.

According to Oscar Vasquez, director of MAG for the Chorotega region, this is an innovative project since nothing similar exists in the region. “In Japan, they have a system that each town has a product that identifies it,” he commented. “They have been selling us the idea that in the case of La Virginia, the culture of criollo chicken stands out, so when consumers look for this type of product, they’ll already know where to find it.”

Another of the aspects they look for, according to the Japanese experts, is that the project is in harmony with the environment, in this case that the waste products of the slaughtering are reused in two forms: producing feed for pigs and by producing energy through a bio-digester that can be utilized in the process.

The women are now receiving local orders for chicken while MAG is doing a market study to determine the best places to sell the product. If you would like to buy criollo chicken, call 2684-9102.

Q24N - El Salvador may be the first country to adopt bitcoin as legal tender, but recent developments suggest that it might not be...
Travel