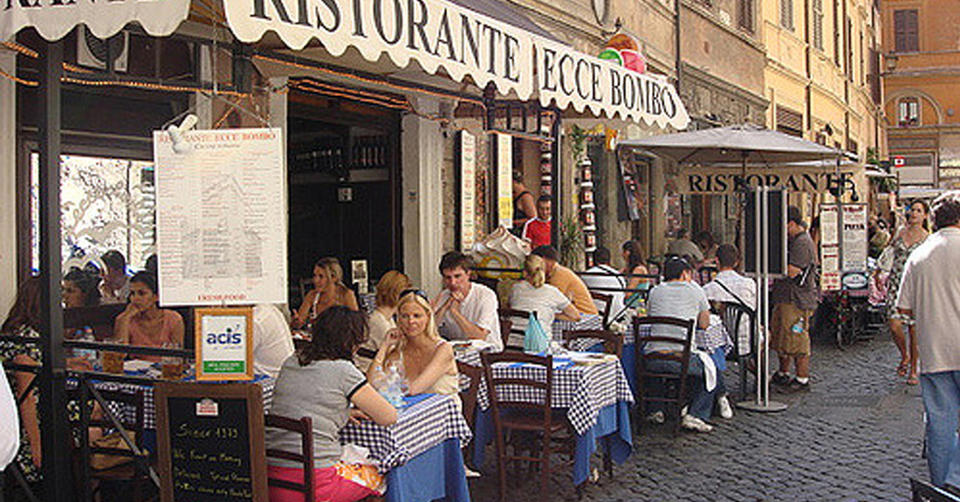 (From the MACARONI JOURNAL) How is it that Italian people in Italy have a lot to eat but still stay skinny?

A lot of true Italian people or hardcore Italians truly believe that Italians in Italy simply do not gain weight. Across the Americas and around the world, the number of people that are overweight is skyrocketing. More and more people are desperate to lose weight, while Italians (in Italy) eat pasta, pizza, and a number of other rather hearty meals and simply do not gain record weight at the numbers those in other countries do.

The Homeland
Perhaps, it has a lot to do with the way that Italians eat in Italy compared to the way that other Italians might eat in Europe or the Americas.

Americans (north, south and everything in between) of Italian descent are known to load their plates with Italian meals that are high in calories and fat. The meals served are also larger.

However, Italians in Italy are rarely overweight compared to American obesity levels.

Well, health experts suggest that the difference is due to the fact that in Italy, they are basically on a Mediterranean Diet. Supposedly, this type of diet is very nutritious and good for you.

The Italian Way
Another reason that Italians in Italy are less likely to gain weight is due to the way they treat food. They don’t gobble down their food and ask for seconds. Instead, they take their time eating the food and enjoy every bit.

Food is a time to get close with family and talk about the day. They also eat a much more nutritional meal consisting of more fresh fruits and vegetables. After dinner, many Italians like to get together and go for a pleasant walk, instead of jumping in their car.

Italians in Italy are also more likely to walk to a destination, instead of taking the car or some other form of transportation. Thus, they get much more exercise and are more apt to walk off a heavy meal.

The original article appeared at Macaronijournal.com

- Advertisement -
Paying the bills
Previous articleAlmost At The Finish Line!
Next articleTico Legislators Have A Great Time In Nicaragua “Shopping and Drinking”