Tico Legislators Have A Great Time In Nicaragua “Shopping and Drinking” 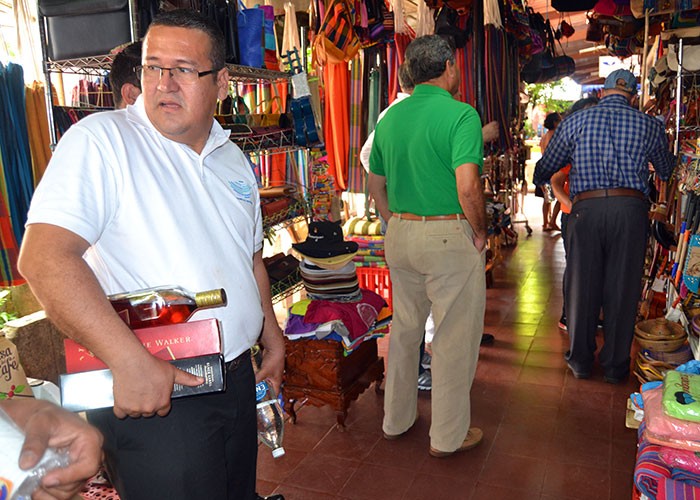 TICO BULL – A group of Costa Rica’s legislator were in Nicaragua this weekend, to meet with their counterparts in Managua, to urge publicly the government of Daniel Ortega for an open border between the two countries.

That was the news. That is what happened on Friday.

But, according to the Nicaraguan press, the Tico legislators headed by the vice-president of the Legislative Assembly, Jose Alberto Alfaro, decided to take in some tourism and shopping at our expense.

“When the arrived at the Masaya shopping centre, they are around the place to appreciate and buy Nicaraguan handicrafts, while Nicaraguan National Assembly workers carried a cooler with ice and whiskey,” the La Prensa reported.

Nicaragua Hoy highlighted that the agenda of the Tico legislators included only Friday as the day of work, while Saturday and Sunda was dedicated to tourism, visiting the departments of Leon, Masaya and Granada – Nicaragua’s three top tourism areas.

For his part, President Luis Guillermo Solis, a president that has barely kept his presidential chair warm a home, criticized the trip saying the visit caused unease due to the cold relations between the neighbouring countries.

Solis said this type of visit to Nicaragua could generate “confusion” among Costa Rica’s international partners. What say you Mr. President? Confusion of what?

However, Solis did accept that the country’s legislators don’t need his approval, sorry, the government’s permission to visit Nicaragua, hold meetings with Nicaraguans, even if to warm relations or spend the taxpayer’s money.

Who should wear a mask? My rant about masks!

UPDATE: June 16. The AyA admitted to an error and will...
Read more