The ‘Lettuce Ladies’ Get To Work In Cuba 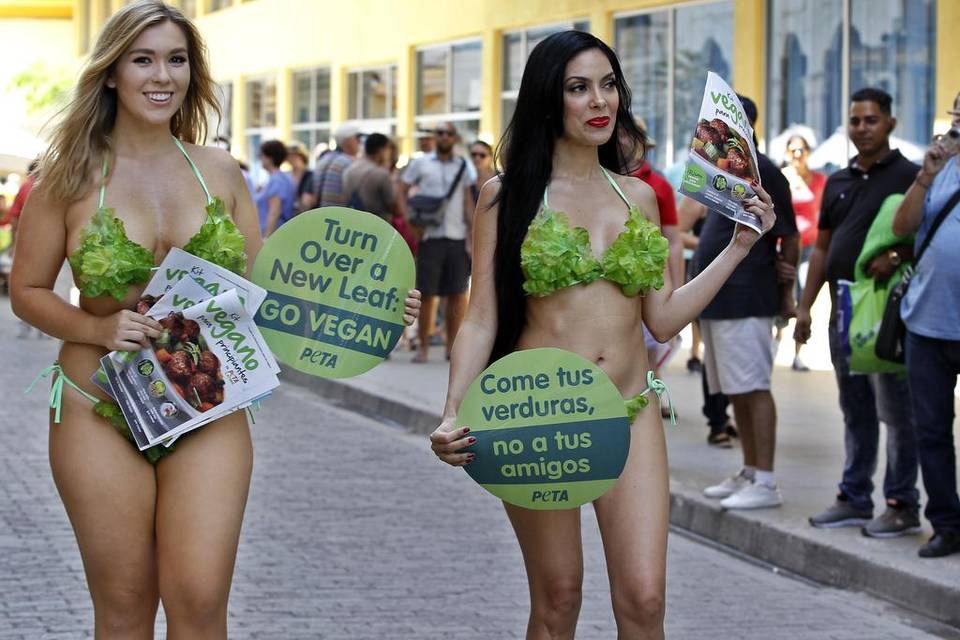 TODAY CUBA – Wasting no time, the People for the Ethical Treatment of Animals (PETA) official vegan ambassadors the “Lettuce Ladies” hit the ground running after arriving on their first-ever flight to Cuba, with plenty of Spanish-language vegan starter kits and a slew of veterinary supplies in hand. 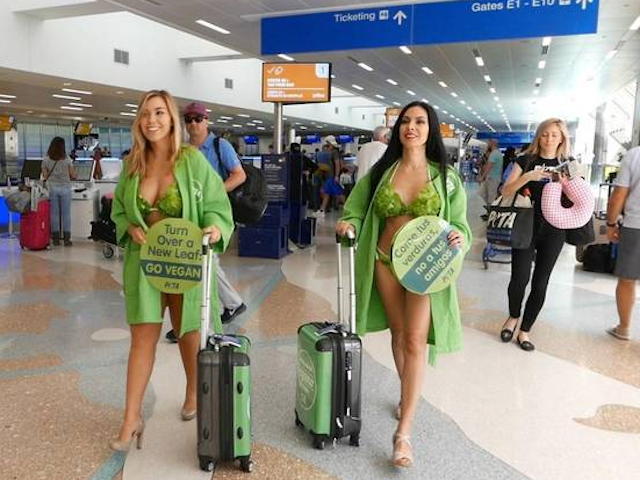 It’s not all photo shoots and glamour. The scantily-clad vegan women wearing bikinis made out of lettuce were in Havana to lecture impoverished Cubans against eating meat.

With travel restrictions between the U.S. and Cuba eased, the leafy-green beauties hopped aboard a flight to Havana in order to spread the vegan message to locals and tourists alike. They had a special delivery in tow: plenty of deworming and mange medications, flea and tick prevention, wound disinfectant, leashes, and collars—as well as medical supplies, including sutures, gauze, syringes, and surgical gloves and masks. And of course, a treat or two:

But not all is leafy.

Dr. Carlos Eire, the T. Lawrason Riggs Professor of History & Religious Studies at Yale University and a member of the Cuban exile community, reacted to the PETA publicity stunt with outrage, highlighting that “meat of any kind is very scarce for 99% of the population” and “it would be impossible for Cubans to follow a vegan diet, due to the scarcity of certain food items”.

Specifically, Cubans are limited in what they can buy by a Communist Party ration book.

According to the Cuban journalist Yusnaby Pérez, the average Cuban ration book allows for the monthly purchase, among other minor items, of five eggs, five pounds of rice, half a pound of oil, 1/4 pound coffee cut with toasted split peas, two one-kilogram packages of salt a year, a pound of chicken, and another 3/4 pound of chicken meant to substitute a no longer existent fish ration. Pérez quotes one pensioner as estimating that the monthly rations last him an average of ten days.

Families with school-aged children can rely on schools feeding their sons and daughters outrageously meager lunches, exposed in a Cuban television report that resulted in official sanctions by the Communist Party for the network that aired it.

The Miami-based outlet Martí Noticias consulted a Cuban nutritionist identified as “Leonardo” to evaluate the quality of the average Cuban diet last year. “In Cuba, the variety of food is very limited. It has been years since Cubans have eaten fresh fish, beef, or shellfish,” he explained. “People do not eat enough fruits and vegetables. Half the population gets its calories from carbohydrates like pizza, bread, and sweets, what we call junk food.” Despite the possible presence of eggs in some of the pizza dough and sweets, Cuban diets are already largely vegan-friendly by necessity.

The situation only appears to be getting worse, reports indicate, because of tourists like the “lettuce ladies.” In a report in December, the New York Times warned that increased tourism to Cuba – triggered in part by the Obama administration’s decision to issue major diplomatic concessions to the Communist dictatorship – has forced the government to scramble its food supply to feed tourists, leaving many Cubans starving. “It’s a disaster,” one woman told the Times, who complained she had not been able to buy an onion for the entirety of 2016.

“Tourists are quite literally eating Cuba’s lunch,” the Times concludes. 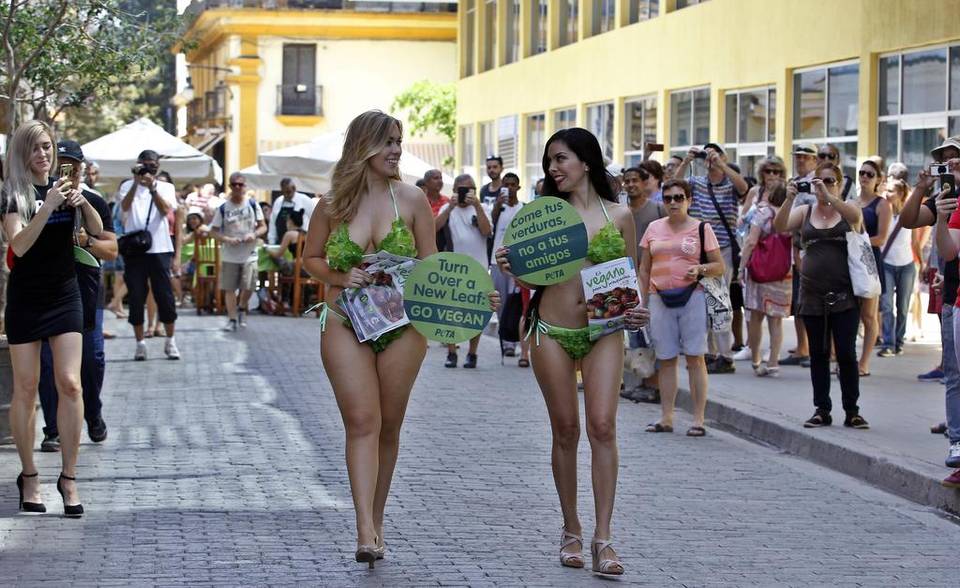 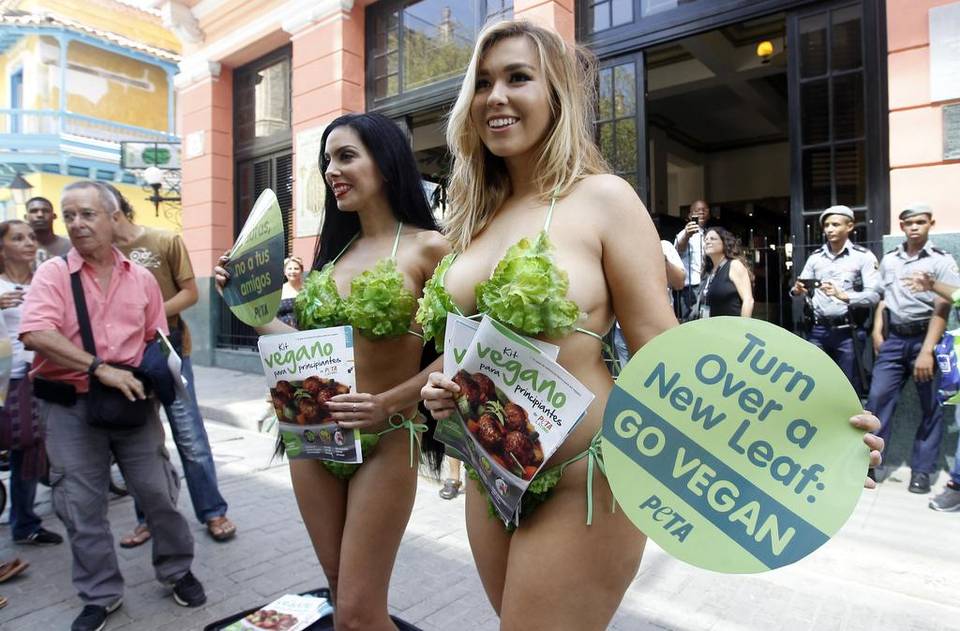 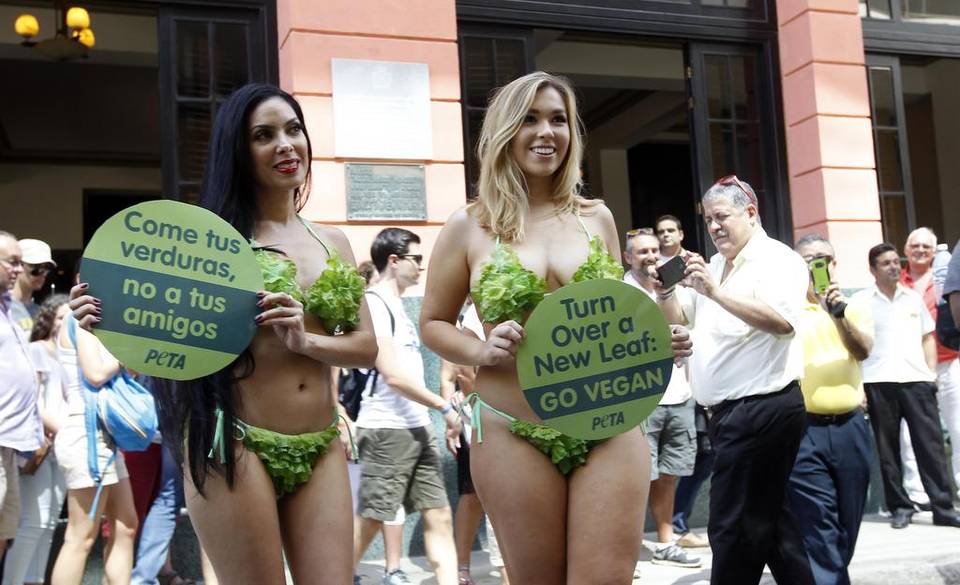 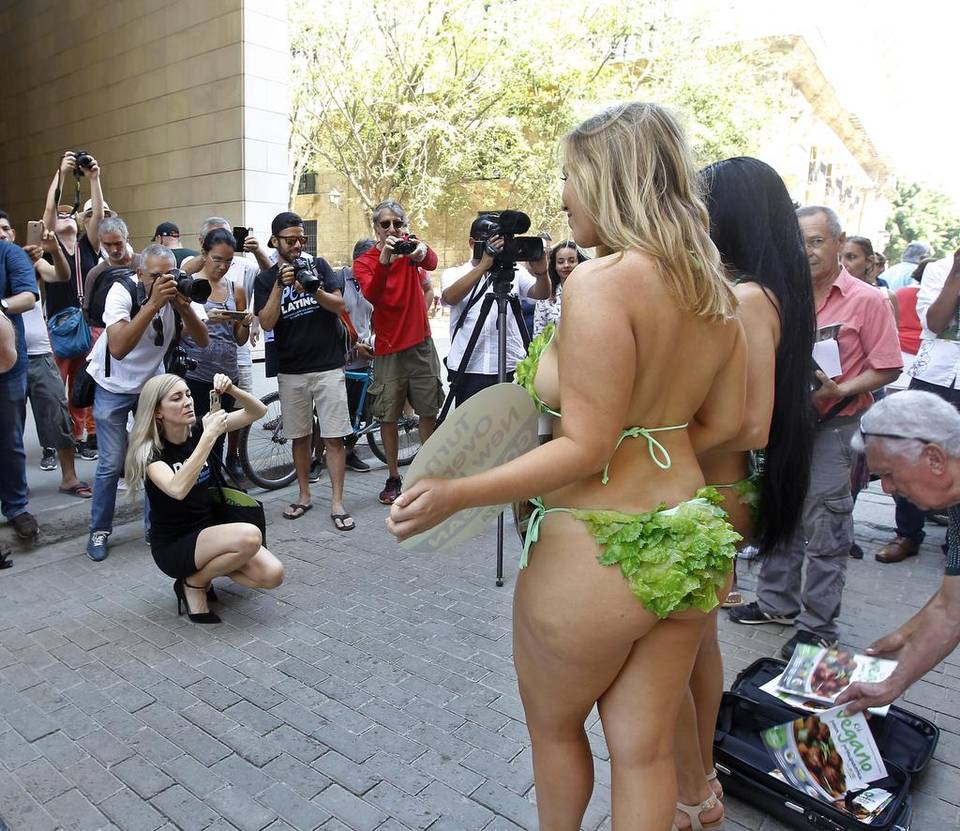 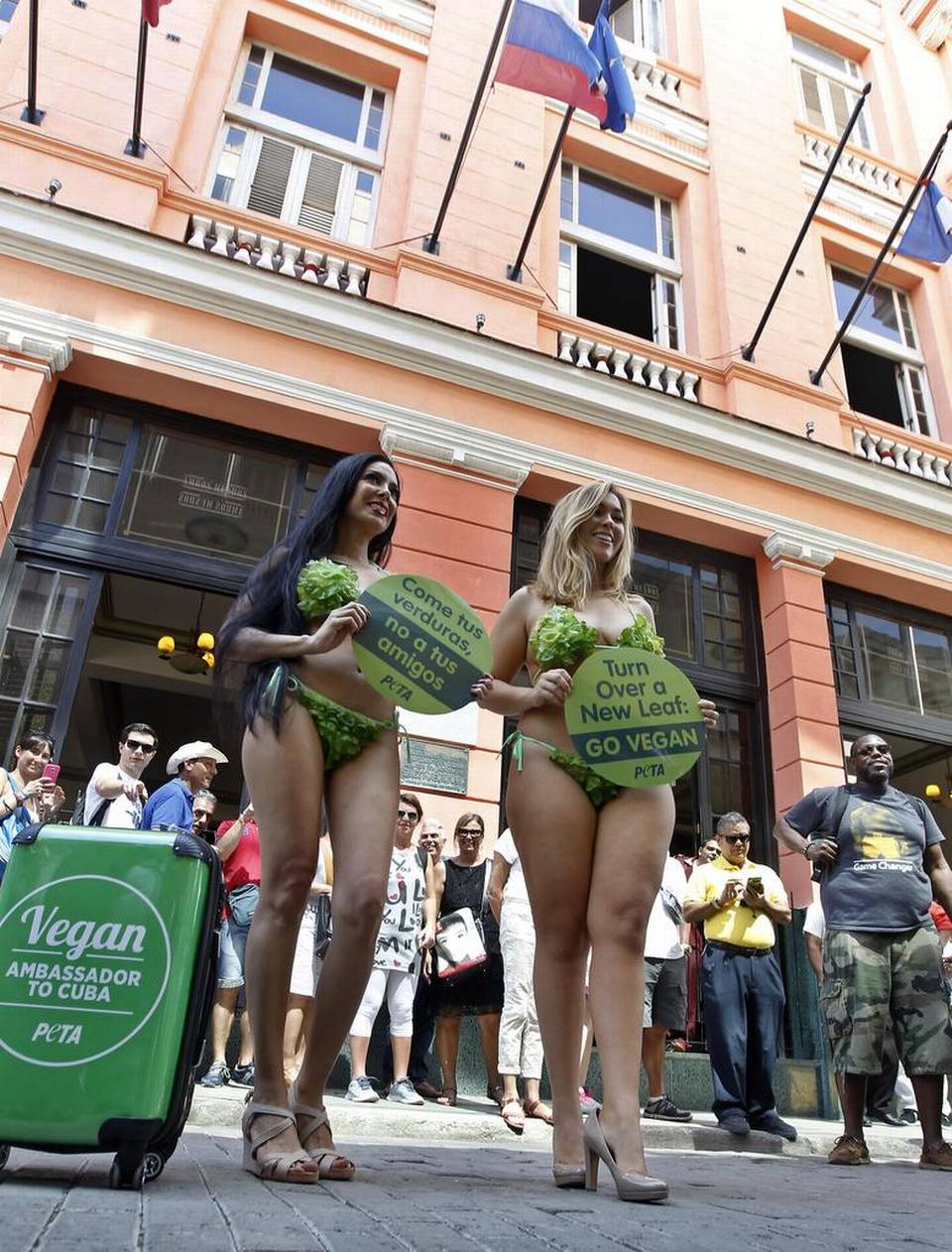 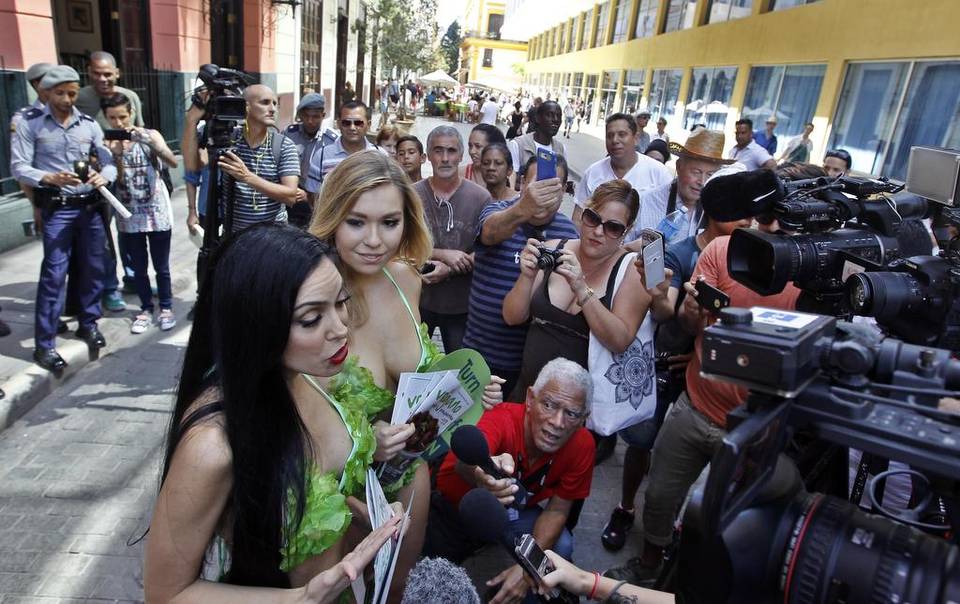 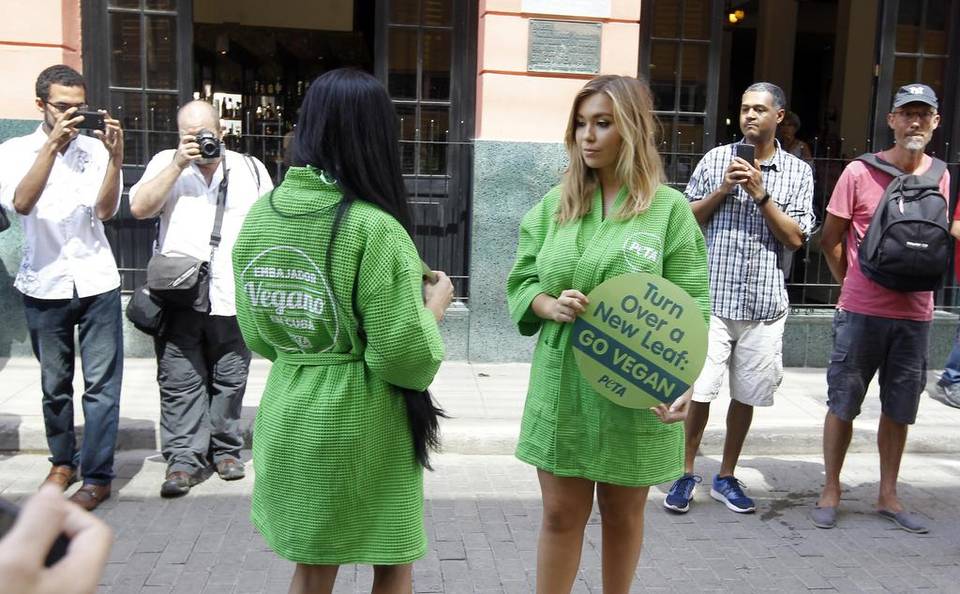 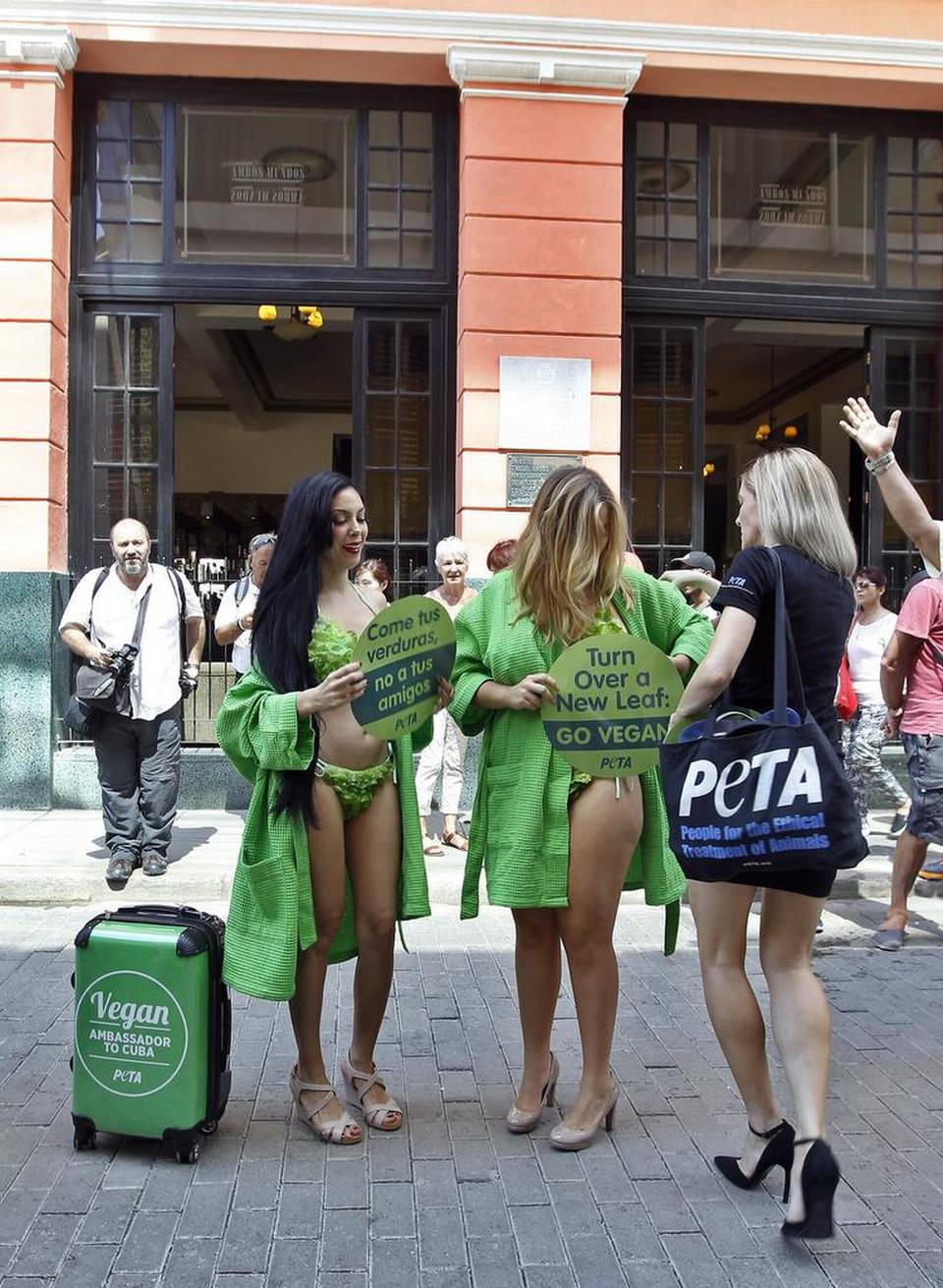