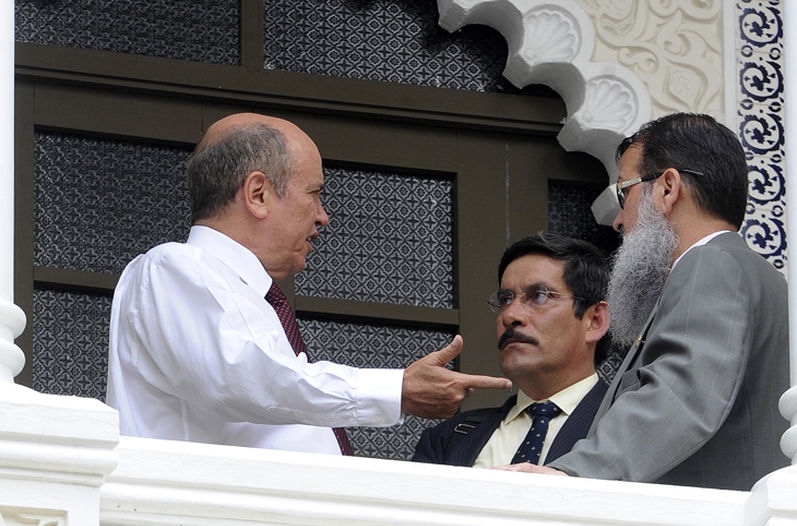 (QCOSTARICA) –
The left leaning groups inside and outside the Legislative Assembly signed a pact to work together on pushing forward bills that will benefit unions, public workers and also oppose certain bills proposed by conservative parties in congress.

This alliance is proposing the elimination of extraordinarily high salaries that some public workers have qualified for through union and government labor agreements, as well as increasing private electricity generation capacity that Instituto Costarricense de Electricidad (ICE) will be “forced” to buy as the monopoly holder for distribution.

They will also fight for allowing Refinadora Costarricense de Petroleo (RECOPE) to develop and distribute renewable energy sources.  They will promote the new water law that has been stuck in congress for several years, as well as work on legislation to eliminate loopholes that allow employers to avoid paying taxes to the social medical system, the Caja Costarricesence de Seguro Social (CCSS) or Caja.

A big area of cooperation will be to improve tax collection, this would include a law that allows the Finance Ministry to embargo property without a court order. Another area of cooperation is the defense of public employees, while at the same time implementing systems to improve their efficiency. They would also look to raise the minimum wage for private sector employees as well as oppose the current bill that reduces extraordinarily large salaries in some public sector institutions.

Finally they would strengthen the Labor Ministry in order to allow more inspections of workplaces. The coalition isn’t a majority in the assembly, since not all of the PAC deputies will support it, including Otton Solís.

Pesident, Luis Guillermo Solís, also distanced himself from the coalition, although he does support some of the initiatives they have included, saying he role is to govern and not play politics.

What amount would you prefer to have saved in...
Indicators