The Question That Everyone Asks Me. Costa Rica or Mexico?

TravelTourism
By Carmen Schaffer
13 May 2014 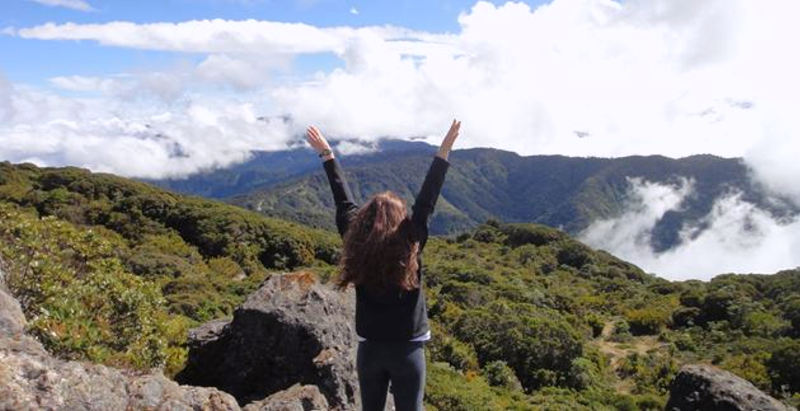 I am a travel agent, I think you should know this about me.  I really don’t care for that title as it creates a picture in peoples heads of a grumpy, behind the desk kind of person who is ready to mark up their already pricey vacation.

I call myself a travel specialist but still that doesn’t quite sound right. Anyways, I specialize in planning and booking  travel to Costa Rica, Mexico and the Caribbean and the question I get all of the time is: “So, out of Costa Rica and Mexico, which one is your favorite?”

For me, that’s a question that requires at least a bottle of wine and a whole lot of time to fully explain myself and even that may  not completely answer the persons question. I’ll attempt to answer this question in this blog. I’m a lover of culture and traditions.

As a human being as well as a  ‘travel agent’, I find it important and necessary to understand the cultures and traditions of the destinations, and in understanding them, I can educate my clients on the all important cultural norms and expectations of a destination so as to help them have a much better experience. Some people have an idea  but others are really clueless and need a good lesson ensuring that they will be a  positive ambassador of our country as well as a respectful visitor to the other country.

Okay, back to the question at large, ” Which is your favorite destination? Costa Rica or Mexico?”

For people who have never traveled, they can’t conceptualize what is like to be in a foreign land much less comparing two totally different countries characteristics. I do my best to paint a picture for them but the blank stares tell me that they’ll be  better off traveling to the Holiday Inn in Florida versus an eco tour of Costa Rica ~ and that’s okay, to each their own. For the folks that have an understanding of travel outside of this country, this is what I say, “Mexico has my heart and soul and Costa Rica holds my peace.”

This response usually requires an explanation because it’s clearly a very personal opinion. I have thought about Costa Rica a lot and have tried to pin down it’s “culture” etc.  and  yet it’s not as clear to me as is Mexico’s culture.  Mexico has seen struggle. It has had it’s fair share of battles, wars, dominations etc. and from that struggle has come a clear sense of pride and celebration within their culture.

The Mayan, Olmec, Aztec and other indigenous tribes as well as the Spanish conquests have had lasting impacts  on the country at large. Their traditions can be seen in celebrations, cuisine, music,dance and religion. The country is incredibly rich in culture and it’s evident everywhere you go. My every sense is alive when I travel to Mexico ~  the sights, sounds, tastes, smells etc. flood my soul and leaves me speechless and awestruck. Now, to me, Costa Rica just doesn’t have the rugged history that many other Latin American countries have had thus, it just doesn’t have the same vibe. There isn’t the sense of survival of the fittest in Costa Rica.

Maybe it’s the fact that Costa Rica has been influenced so heavily by the Spanish/ Europeans / Chinese etc. that it’s easier for me to understand; after all, the good old U.S. of A is a melting pot extraordinaire and I am very familiar with multicultural types of influences on the society at large. I know Costa Rica has it’s traditions stemming from early colonizations, religious influence etc. , just like any other country or culture . When I go on to explain about the fact that Costa Rica has my “peace”, I mean to say that being in Costa Rica feels easy and effortless.The natural beauty of the country is mind boggling.

The rolling hills, massive volcanoes, rain forests, rivers, oceans and so much more are the perfect mood neutralizer  for any person seeking solace from a hectic life. After having met my fair share of Ticos, it’s clear to me that they especially appreciate the beauty of their country and do not take it for granted. I asked a Tico for his perception of the Tico culture and tradition so that I could get local perspective. He went on to talk about the Spanish influence, the lack of war/ military etc that lead to the countries peace driven culture which over the years has translated into a pretty mellow, “tranquilo” lifestyle. He went on to mention that work isn’t the number one success factor for Ticos ~ a good job, time on the weekends to enjoy a beer, spend time with family and relax were key for him.

His description pretty much solidified my perception of the culture. Tranquila. Pura vida.

For me,  there is a sense of calmness that enters my soul that just can only be experienced and not described. When I speak to others who have been to Costa Rica, the same trance like grin graces their face as though they are talking about their true love. As an American woman, I feel safe in Costa Rica.Aside from the occasional esteem boosting cat calls from locals, I feel very safe and comfortable ~ I would venture to say, I feel at home.  It helps that I speak Spanish but even if I didn’t, that wouldn’t much matter .

Yes, Costa Rica is a Central American country but it really does not compare to many of the other countries around it.

On one hand, more travelers to Costa Rica means more potential business for me as well as a better economy for the country yet on the other hand, I know that mass influxes of tourism on a country can jade the locals and impede on the environment and to me that would be a tragedy. Costa Rica has my “peace” and that of many other people.

As a conscientious travel agent,I look forward to sharing the peace of Costa Rica with my clients because I know that they will come back from their vacation to Costa Rica a better,more peaceful person and Lord knows, we all need more of those people in our lives. Pura Vida and Viva la Vida!

Carmen Schafferhttp://vivalavidatravel.com
I am an ex-social worker turned travel specialist ( think travel agent) in attempts of pursuing my passion of changing lives through travel instead of with welfare programs and depression medications. Feel free to follow me on Facebook at :https://www.facebook.com/pages/Viva-la-Vida-Travel-with- Carmen-Schaffer/245120995517698?ref=hl

QCOSTARICA - In 2020, Costa Rica was the largest exporter of...
Read more