The “Respect and Affection Of The People Have Sustained Me”, Says Presidenta Chinchilla 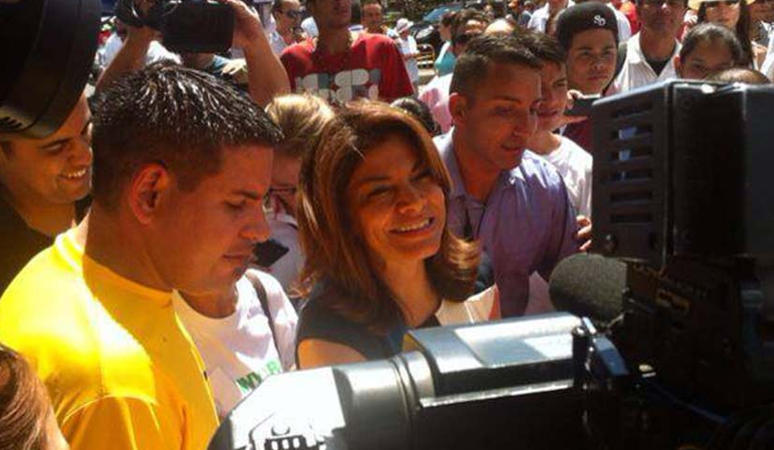 Minutes before noon Sunday, at the  Joaquín García Monge school in Desamparados, Presidenta Laura Chinchilla gave her vote for a new president.

Surrounded by the media, Doña Laura, told the television cameras that, “the respect and affection of the people” have sustained her during the last four years.

Chinchilla said the people has been “understanding” to the circumstances of her government and asked all Costa Ricans not to “lose their democracy” and always lead with the example of an electoral culture.