The Unusual Case of the FANAL

Amid the political scandals and the coronavirus emergency, the unusual case of the National Liquor Factory (Fanal) goes largely unnoticed 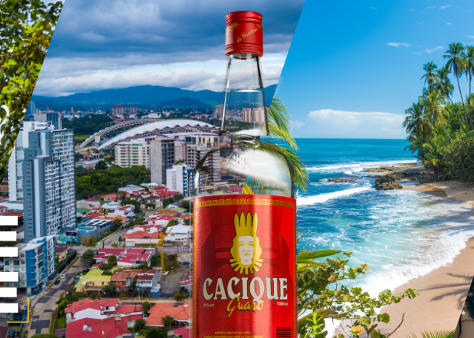 OPINION – The FANAL has temporarily stops focusing on producing its main contribution to “Costa Rica’s public health”, the guaro, to produce antiseptic alcohol and everyone applauds as if they would be the only company in the country do be able to do it. And more efficiently than any private company.

What a contradiction. The Fabrica Nacional de Licores (FANAL) – a state monopoly – is now a champion of Tico’s health in time of pandemic, when for the last almost 170 years it has been producing a product affecting the health of the same very people it is now looking to save.

The FANAL was inaugurated on September 2, 1850, “to concentrate and place in the hands of the State the distillation of ethyl alcohol and the production of alcoholic beverages for national consumption” – the guaro – currently distributed under the Cacique brand.

By 1853, the FANAL, at the time it went under the name Fábrica Nacional de Aguardientes (National Factory of Aguardientes), was one of the largest industries in the country, with a purpose to promoting the sugarcane industry, defending the population from the consumption of harmful liquors with a high content of impurities and toxic elements, found in the black market, affected State revenues and constituted a risk to public health.

The FANAL contributes greath financial wealth to the Consejo Nacional de Producción Costa Rica (CNP) – an autonomous whose function is to promote and encourage productive agricultural activities and improve the country’s economic development and competitiveness.

Enough of history, let me concentrate on the present.

On Tuesday, yesterday, the FANAL, in conjuction with the Correos de Costa Rica (Post Office), it is supplying the needs of Ticos with a much needed product, the alcohol gel, that has been sold out in stores across the country. 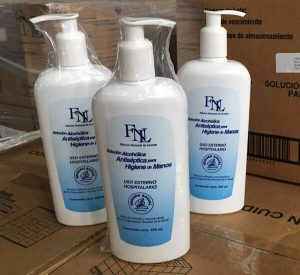 In fact, it may be the only place to buy gel to help us prevent infection of the coronavirus covid-19 in our little place in the world.

For many, at least from the comments on social networks, the company is a saviour, a breath of relief against a deadly virus that has broken the pura vida way of life, closed entry to all foreigners, the population closed off in tis homes and keeping a distance from each other.

In an opinion article in La Nacion Tuesday, for those who take the time to read it, they will find that the FANAL is no saviour, rather a burden on all Costa Ricans, a company that operates in financial secrecy.

“In a country where so many public companies have failed, leaving billions in losses, the Fanal may not even have a value. At best, it adds a new reason for wonder. Clarifying what happened is no longer within the common means of control and the authorities will resort to a forensic audit,” says the La Nacion editorial (read it here in Spanish).

Everyone very proud of the country’s public institutions, institutions like ICE, RECOPE, AyA, and the other letters of the alphabet (no, not the Google company) for the most part that are broken and in crisis.

While most Ticos are expressing their pride of the FANAL, few if any, save for the residents of the Hatillos who have to take to the streets in the last couple of weeks, are worrying that the AyA is making water cuts in the midst of a crisis!

Nobody talks about that.

- Advertisement -
Paying the bills
Previous article“No One Checked Me Out”
Next articleCovid-19 emergency: Payment of four taxes postponed