There Is No Simple Answer To… 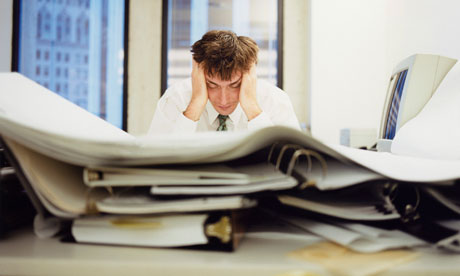 |We awake at a little before dawn to arrive at work by 8:00AM and we get home about twelve hours later. This is a long day by any measure. 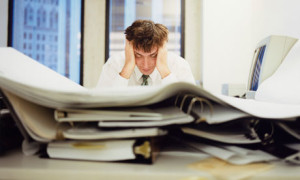 Is there any wonder why enterprise has such a huge turnover of workers, why management is exhausted and further up the ladder of leadership?  I personally know of one CEO who awakes at 4:00AM is at the office by five and comes home around 8:00PM with fear in his heart of losing a client if that routine is not consummated daily.

With road closures, electric cut offs for repair, water cutoffs and the massive congestion of transit: worker s of Costa Rica work longer hours and spend less time at home with families than any other country in Central America.

Even attending one of the public universities is a late night chore.

The devil is in the Red Dress is traffic…a sure deal for death and unhappiness.

The legal work hours in Costa Rica, which most companies avoid, is 48 hours per week with one day of rest.

What is not calculated into the equation are all those hours of travel to and from the office, resulting in a multitude of dysfunctional families and those who can only pray for a holiday, any holiday.

These are not the maids, the gardeners nor day workers but rather secretaries, customer service employees and among the group sales people who are called “Sales Executives”.

The work is hard; the work is competitive with a standing line of competition for their job.

Mid-range worker bees worry about job stability, worry about wages, the cost of living and their own health as the days drag on. Little tangible is given but the basics and only little is less said to them that they are appreciated.

So why, during the day of Independence, September 15 which falls on a Sunday this year are they not given a holiday on the Monday, the 16th of September? After all, the President declared a holiday if Costa Rica would win a berth in the FIFA World Cup, but not on the day of independence?

The day of independence, be it  on a Saturday or Sunday, the 15th of September is  to be celebrated by all. It is a time, like most nations to call the day after a “holiday” or before a weekend to  allow us to cheer, celebrate and honor Costa Rica’s freedom from Spain.