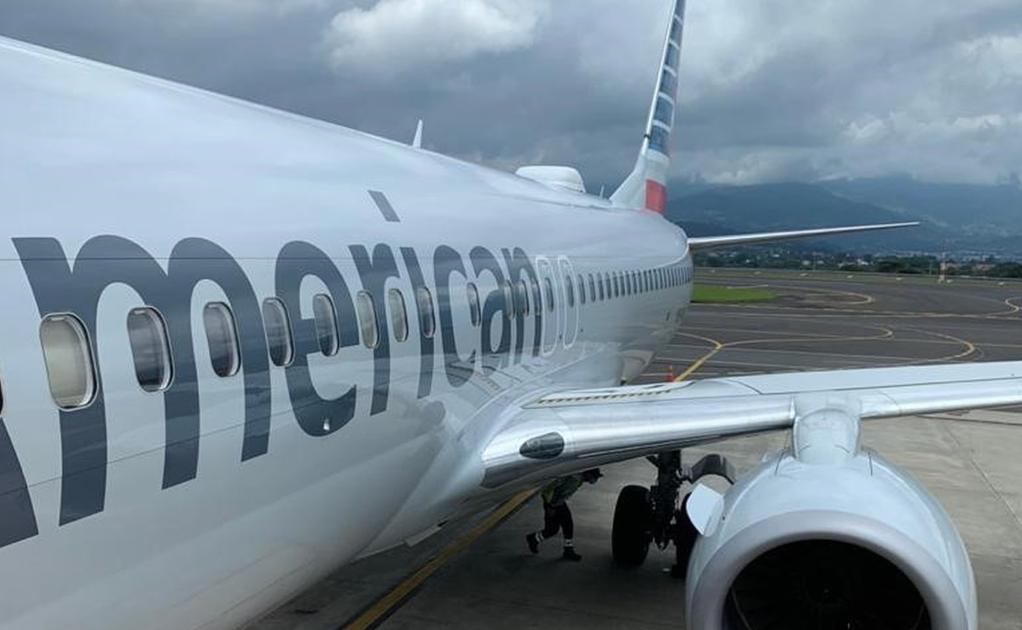 (QCOSTARICA) Three US airlines, American, United and Spirit, resume regular flights to and from Costa Rica this week, to both the Juan Santamaría (SJO) airport in San Jose and Daniel Oduber (LIR) airport in Liberia, Guanacaste.

American reported that it will have two flights to San Jose from Dallas on Wednesdays, the first arrived yesterday; the other will be from Miami (MIA) on Thursdays, the first confirmed for this Thursday to arrive at 11:38 am.

For flights to Liberia, the first would be on October 8, according to a statement from the airline.

“With our long-awaited return to Costa Rica, we reaffirm our 30-year commitment to the country and to Central America,” said Rafael Sánchez, American’s regional manager for Central America.

United Airlines was the first to resume flights to Costa Rica, on September 3, with its flight from Newark and New York airports, to Juan Santamaría. Scheduled flights from Houston resume on September 13.

This company also has a weekly flight from New York (JFK) to Liberia.

From Houston (IAH), there will be three flights weekly on Thursdays, Saturdays and Sundays, reported the company Coriport, administrator of the terminal.

Also, today, Thursday, September 10, Spirit airlines is confirmed to arrive at the Juan Santamaría airport at 11:50 am from For Lauderdale (FLL). The airline did not confirm its schedule of flights.

Gustavo Segura, Minister of Tourism, stressed that the gradual opening of the country to international flights has been well received by airlines.

“Starting in October, American Airlines would be flying five times a week to Liberia, from Miami, and once a week from Dallas. These flights only bring passengers from the states authorized to enter Costa Rica,” Segura explained.

American tourists who come to the country must have current travel insurance, either international coverage (which can now be verified online prior to arrival) or from local providers, INS or Sagicor, for the period of their visit in Costa Rica, with a guarantee of coverage for medical expenses in case of illness due to COVID-19 for at least US$50,000 and the minimum coverage for US$2,000 for lodging expenses.

Additionally, American tourists must demonstrate that they live in the authorized states of entry to the country, by way of their state’s driver’s license or state ID.

Important to note that, despite flights departing the U.S. from cities such as Miami, Fort Lauderdale in Florida and Houston and Dallas, Texas, residents of either two states are not authorized for entry into Costa Rica.

The ICT is allowing transfers, for example, a Colorado resident can fly to Dallas or Houston and onto Costa Rica or a European tourist who can now travel to Miami and then flight to Costa Rica. In both examples, the tourist is transit should leave the airport.

On social networks, over the last couple of days, there was some confusion, created in particular by one website that speculated States would be authorized statting October 1.

It expected that more States will be added, but if they are and which ones, at this is time is pure speculation.

Visitors must also have a negative coronavirus PCR test, which must be carried out a maximum of 72 hours before the flight to Costa Rica.

Panama’s flag carrier, Copa Airlines is expected to resume flights to San José from Panama today, Thursday, and Colombia’s Avianca will do so, from El Salvador, from September 20.

Costa Rica kept its air borders closed since last March 18 as part of the measures to prevent the massive spread of COVID-19.

International flights returned to the country, since August when Iberia and Lufthansa resumed their flights to Costa Rica.

The land borders continue restricted to only Costa Rica nationals.

- Advertisement -
Paying the bills
Previous articleMinistry of Education tells parents not to renew student transport for 2021
Next article7 more states authorized for Sep 15; California for Oct 1

Q REPORTS (Bloomberg) The Biden administration is working on...
National