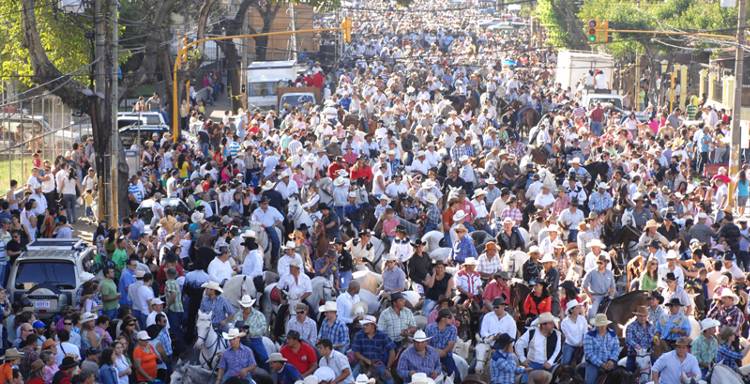 If you are big fan of the “Tope”, tomorrow, Thursday December 26, is your day as the annual Tope Nacional with more than 5.000 riders take over the main streets of downtown San José.

The riders and their horses will gather on the east side of La Sabana and start making their way along Paseo Colón and onto Avenida Segunda after 11am.

The event is the largest of the kind in Costa Rica, bringing together riders from all over the country.

Traffic for downtown San José will be closed starting at 9am, according to Germán Marín, the director of the Policia de Tránsito. Although Paseo Colón and Avenida Segunda are the only two streets with actual closures, many of the side streets and alternate routes may experience temporary closures and definitely major congestion.

Bus stops and taxi stands will also be affected. The Hospital de Niños (Children’s hospital) and the Hospital San Juan de Dios, both in the middle of the parade, will be operating normal. A special lane will allow emergency access to both hospitals.

The Tope is traditionally an excuse to have an open-air party. Thousands line the parade route early, coolers well stock with ice and beer and other drinks.

Some 600.000 are expected to take part in this year’s Tope. The Fuerza Pública (police) and Policia Municipal (municipal police) will maintain order, while the Policia de Transito will control traffic and drinking and driving. Marín added that we can expect spot checks leading to and from downtown San José. The Cruz Roja (Red Cross) says it will have 13 first aid stations.

- Advertisement -
Paying the bills
Previous articlePulled Over By A Traffic Cop (Tránsito)
Next articleZapote Without The Fireworks!