Today’s Photo: Giant Submarine Pops Up in the Middle of Milan 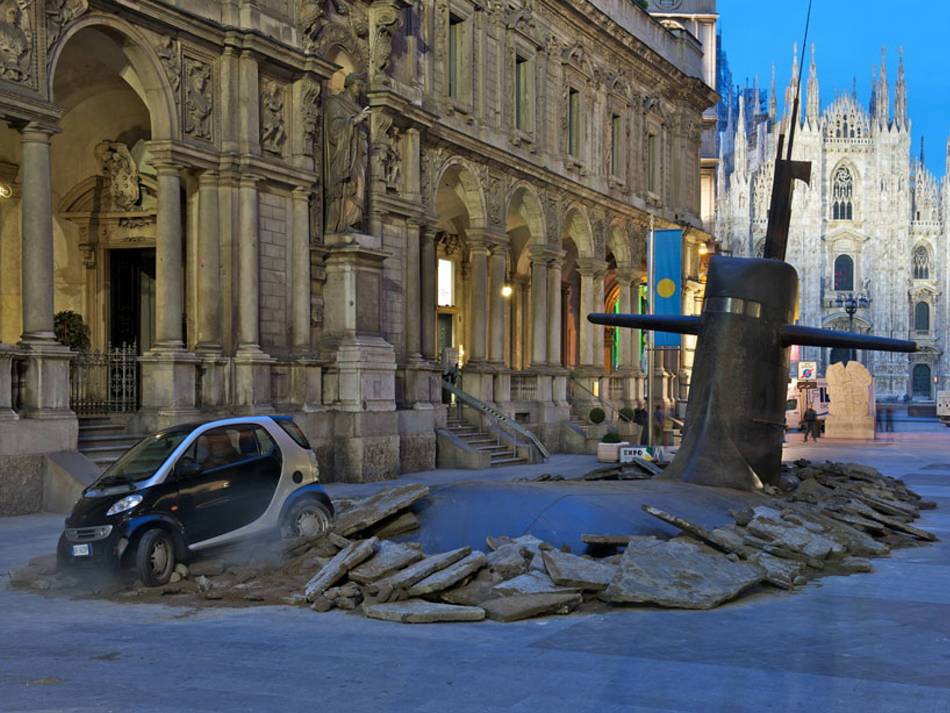 On October 1st a giant submarine suddenly burst through the concrete path  in the middle of Piazza Mercanti in Milan, Italy. Surprising appearance was accompanied by sailors’+ performance and a smart car as if left in chaos next to the intruders. This creative idea belongs to advertising agency M&C Saatchi Milano  as a part of the marketing campaign for an insurance company Europ Assistance IT new “Protect your life” plan and launch of the lifepark protection store.

You can not disagree, who knows where the other submarine is going to pop up?