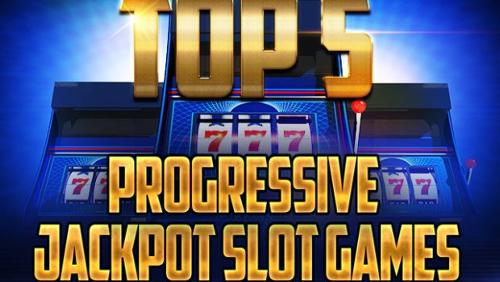 The prizes used to be in the form of flavored gums when slot machines first became popular, but that won’t change your life. Your life will be changed if you win a progressive jackpot. Progressive jackpots have always piqued casino players’ interest. The explanation for this is that they come with massive jackpot pools that can immediately transform you into a multi-millionaire.

Progressive slots are the type of game that draws players to casinos, but they can also be found online at LV Bet Casino.  With the sea of video slot offerings on the web, you can hardly pick the best progressive Jackpot slot, so we have selected the Top 5 here for you.

It should not be a shocker to you if some of the slot titles you find on this list are familiar. This is because progressive jackpot slot offerings are quick to become famous, and even those who have never tried them may have heard of the big wins they produce.

Mega Fortune was once the largest and most successful jackpot slot game on the internet. After releasing the game’s sequel, everything changed, but it was still in high demand. It remained relevant to the point that some casinos prefer the initial Mega Fortune to the newer version. This video slot spots a glitzy Hollywood-style look with a 5 x 3 layout, 25 unique paylines, and low volatility in terms of appearance. Players can choose from a minimal 0.25p to £ 50 in bet amounts for a spin. When you have three bonus symbols on the first three reels, the jackpot round in this slot is triggered. Surprisingly, the jackpot round appears frequently, bringing you to a screen displaying a tiered jackpot wheel. Mega Fortune’s progressive jackpot is currently worth $1.7 million, but it could reach several million dollars in the future. A whopping €17,860,868 is the most significant win ever registered on the game. Also, it has an average success of €4,212,042, which is quite high.

Mega Moolah is one of the most successful progressive jackpot slots on the web, having made more millionaires and paying out more prize money than any other jackpot slot to date. It’s a simple game with a 5 x 3 grid, four unique jackpots, and 25 pay lines, much like Mega Fortune. Mega, Major, Minor, and Mini are the four jackpots featured here.

Mega Moolah has the largest progressive jackpot in the casino gaming world, with a current valuation of over $6 million. Furthermore, the jackpot prize is one million Euros (pounds, dollars), making it one of the most valuable on the market. The game’s biggest historical win is a massive £13,212,882, so it’s no surprise that it’s very profitable to play.  Microgaming has developed several different slot variants based on the slot, such as Mega Moolah Summertime and Mega Moolah Isis, due to its popularity. The initial version has five reels and twenty-five paylines, and standard bonus features, including a bonus game and free spins.

NetEnt has produced a total of three progressive jackpot slots, and Arabian Nights are one of them. It is currently valued at $2 million, with the game’s jackpot seeded at €125,000. Since its inception in the year 2005, the progressive jackpot has given out millions of dollars. To trigger the game’s jackpot, you must wager a limit of € 5 per spin, which is why the slot is often categorized as premium. It does, however, pay off handsomely. In 2010, a lucky slot player won an incredible € 4.8 million, while by 2011, someone else won a € 1.9 million jackpot. This offering has low to medium volatility with a straightforward layout of three rows, five reels, and ten pay lines. Although there are no rubbing lamps in this game, there is a lamp symbol that can cause 15 free spins with a 3x multiplier.

Additionally, the highest win on the progressive jackpot slot machine is fixed at €3,332,926. However, you may need to bet the maximum sum to unlock the big jackpot. The Arabic man character is the game’s most powerful icon. You’ll stand a chance of winning the jackpot if you get exactly five of a kind.

Several famous slot games have created fine sequels in order to capitalize on the popularity of the successful first version. Mega Moolah Isis is a sequel to the greatly loved Mega Moolah, in which the story is transported from the wilds of Africa to the sophisticated land of Ancient Egypt. Although the sequel’s graphics are simplistic, it retained several original Mega Moolah game features. The similarities include the four jackpots that can be activated at any time during the game, precisely 25 pay lines, and a 5 x 3 grid. The Free Spins feature can be re-activated. Players can press the “Gamble” option and stake all of their earnings, except the Progressive Jackpot earnings, to double or quadruple their prizes. Players are to guess the color of the card to double their money. If they want to quadruple their money, they must guess the suit of the card. The function ends when they click “Co­lle­ct,” which saves their winnings. The game’s Return to Player (RTP) percentage is also very poor, which is understandable given the massive jackpots at stake.

NetEnt followed up Mega Fortune’s huge success by releasing Mega Fortune Dreams, another successful progressive jackpot slot game. The game was set aboard a Caribbean-based yacht, with a 5 x 3 grid and 20 pay lines. It had higher variance, better features, and a new look, making it one of the most successful progressive slot games in the industry. When three bonus icons appear on reels 3, 4, and 5, you are taken to the bonus wheel. As in the previous edition, the objective is to get to the center of the wheel, where you can win the Mega jackpot. In 2017, this game made headlines when a lucky slot player claimed a jackpot of €4.6 million!