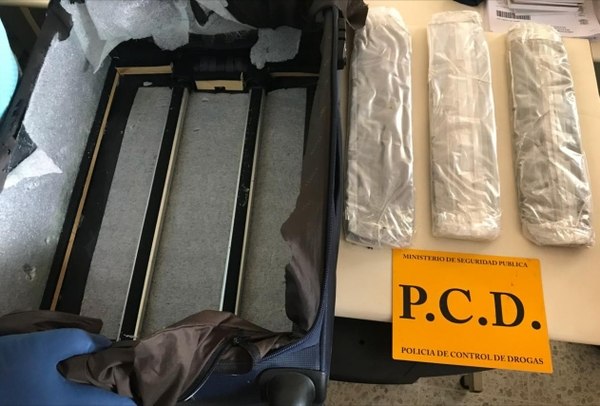 A tourist idenitified by his last name, Pizzocri, 58, was arrested Monday afternoon at the Juan Santamaría International – San Jose Airport – in Alajulela, as he tried to enter the country with 3.1 kilos of hashish.

The suspect had arrived in Mexico, from Spain, on April 6, and then flew to Costa Rica two days later.

The arrest was made by officers of the Policía de Control de Drogas (PCD) – Drug Control Police, after they discovered that the individual, originally from Italy, had a checked suitcase that had a double lining, inside which the drug was discovered.

Hashish is obtained from a purified resin, which is extracted from selected cannabis plants, usually grown in controlled environments.

It has a higher level of tetrahydrocannabinol (THC) than common marijuana. THC is the psychoactive component of the plant.