COSTA RICA NEWS – Starting today (Friday Aug. 8) some 90.000 vehicles daily that use the Circunvalación will have to be more patient with the start of the work for a new overpass.

From 6am to 5pm for the next month, work crews will be working on the demolishing work of 10 buildings located in the northeast part of the rotunda Paso Ancho.

This is sure to cause congestion, especially in the west bound direction from the Parque de la Paz, where at least one lane will be closed.

Carlos Villalta, head of the Road Infrastructure Program at the CONAVI, the work is expected to take 29 days, during which one and two lanes will be closed.

“The closure is because of heavy equipment working on the site and we want to protect drivers (and workers) from risk,” said Villalta. 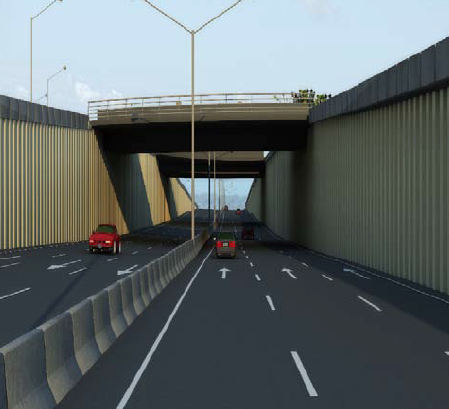 Villalta recognizes that the lane closures will add to the traffic congestion of the area, but said “it is a small price today for less congestion in the future.”

Once the expropriation work is complete, the CONAVI can start with construction of an underpass to move east – west traffic and the new bridge with a rotunda for the north – south traffic. The Paso Ancho rotunda will be similar to the existing San Sebastian rotunda.

The work, that is expected to be completed by December 2014,  comes at a cost of ¢5 billion colones provided through financing by the Banco Interamericano de Desarrollo (BID).

The Circunvalación has undergone tremendous changes since its opening in , with the reconstruction of the rotundas at the San Sebastian, Alajuelita and Desamparados intersections. When the Paso Ancho work is complete, the only rotundas remaining are La Bandera, north of San Pedro mall and the Garantias Sociales, otherwise known as the Zapote.