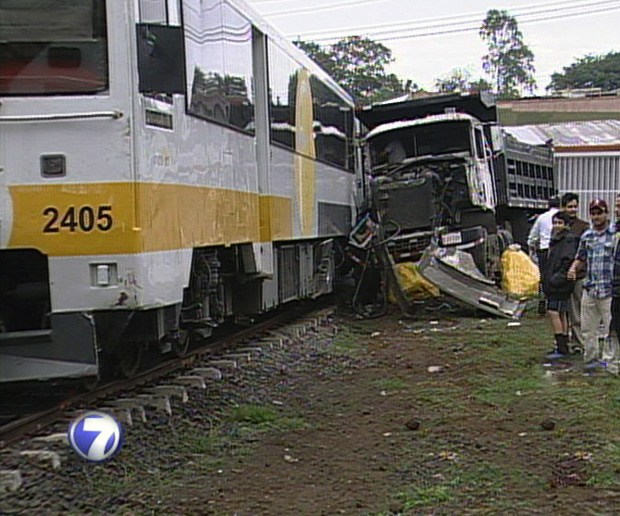 In the first few days of the start of the San José – Cartago commuter train service there have been already two accidents, the latest and most serious in the early hours of Wednesday morning.

In that accident, the train collided with a dump truck in the area of the UACA stop. The INCOFER reports the train was headed to the old metropolis (cartago) when the accident occurred. The train was empty at the time, the driver of the truck suffered minor injuries.

Railway authorities and the Policia de Transito were able to clear a path for the train so as not to affect morning service.

This is the second collission in less than 24 hours.

Tuesday afternoon the Cartago train derailed some 200 metres of the Tres Rios station, in La Union. The derailment caused affected service for at least three hours.