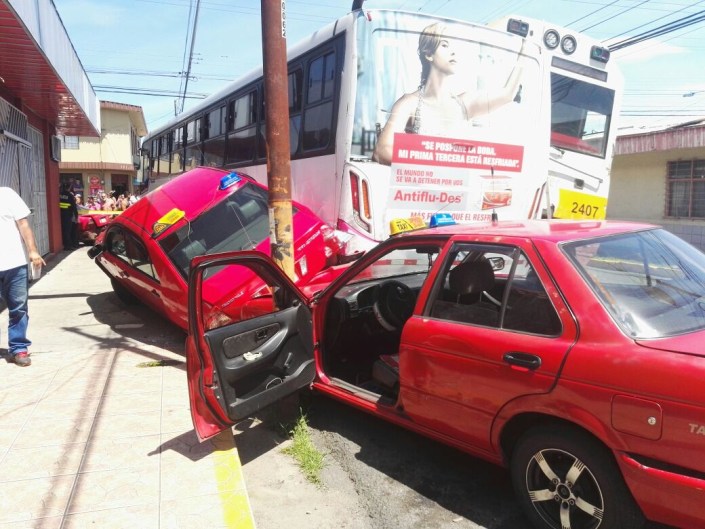 What has become almost a daily occurrence, a collision with the commuter train caused tremendous congestion this Thursday morning in San Franciso (downtown) Heredia.

In this incident, the collision involved two taxis, a bus, and the train.

According to witnesses, the bus driver ignored the train’s “piton” (horn) resulting in the accident with only material damage and no personal injuries.

From the Incofer (railway) Facebook page #TrenCR, on Wednesday, also in San Francisco de Heredia, it as a cement truck driver that tempted his luck with the train.

The Facebook page, #Trendeidiotas (train of idiots) is keeping tabs on collisions with the train.

QCOSTARICA - A tornado in Heredia, falling trees in Alajuela, and...
Read more