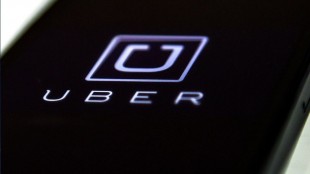 The director of the Transito, Mmario Calderon, confirmed the seizure, however, did not yet have the details of the of incident and how his officials were able to know the driver was a Uber driver.

Calderon explained the owner of the vehicle faces a fine of up to ¢1.3 million colones (US$2.400 dollars) for providing an “illegal” service.

Harold Leandro, the driver, told La Nacion that he was stopped around 8:30pm Thursday while taking two women (mother and daughter) from the Maternidad Carit (women’s hospital in San Jose) to Desamparados.

“I guess the official saw the ladies in the backseat and thought I was Uber and stopped me. The officer then asked me for the vehicle ownership, my license and asked me to get out of the car. Maybe that was a mistake on my part, but I was obeying the order of the officer.

“The other official spoke to the passengers through the car window, I guess they got scared and said I a Uber”, said Leandro.

Leandro said he has been working with Uber for the past month, after more than a year without being able to find work. “For me it (Uber) was great because I have a year and three months of not having a steady job and it helped me solve my financial problems,” said Leandro, who is now looking to the company to recover his 2009 Peugeot.

Ministry of Transport authorities have insisted that the operations by the private transportation company are not consistent with the law.

Uber began operations in Costa Rica in August 22, 2015, one day after traffic police stopped two cars for providing the service. At the time, Rocio Paniagua, Uber communications manager for Latin America, said the company would cover the cost of fines and damages.

Article 38 of the Regulatory Authority for Public Services – Autoridad Reguladora de los Servicios Públicos (Aresep) stipulates the fines for providing an illegal service, that can range from 5 to 10 times the damage or

Carolina Mora, spokesperson for the ARESEP, said that historically the regulator has taken on cases of illegal transportation of people referred to it by the traffic police, but most ended without sanctions because it was difficult to notify violators.

Mora explained that in most cases the violators do not have anything in their name, making it the process complicated, the fines going unpunished. In other cases, the fines are greater than the value of the vehicles, so the violators don’t show up for the hearing.

Since Uber starting service last August there has been great controversy in the country, the latest this past Monday by taxi drivers protesting, demanding the government shut down Uber.

QCOSTARICA - The possibility that the country falls into...
Politics

QCOSTARICA - In order to save resources for the...