Tremor Not Related to 7.6 Quake 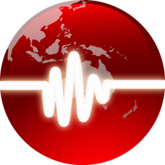 A brief 5.2 tremor shook the Central Valley and Central Pacific Coastal Area of the country without causing damage. Seismologists say it had no relation to the Sept. 5 quake that caused severe damage o n the Nicoya Peninsula.

The epicenter was 11 kilometers — about 8 miles — southwest of the coastal town of Quepos in the Pacific Ocean. It was the first such quake for this  Central Pacific area in 13 years.

This country sits (uneasily) at a point of subduction (see this Wikipedia article on subduction) of the Pacific Cocos seismic plate moving north meeting the Caribbean plate moving southwest. Although the small quake at Quepos was also caused by plate collision, it did not have the force of “the Big One” on the Peninsula.

In fact, the Friday quake was not even felt in the towns of Nicoya and Santa Cruz on the Nicoya Peninsla, where homes were damaged Sept. 5. However, the Monseñor Sanabria Hospital at the Pacific port of Puntarenas, severely damaged Sept. 5, was evacuated as a precaution.

That hospital is only partly used due to structural damage to brick columns that support the muilti-story section. and a new hospital will replace it. (See previous articles.) But no new damage was reported.

The previous tremor in the area came Aug. 20, 1999 and was much more severe, a 6.9 tremor. It was, however, like the Friday quake, of brief duration.

Costa Ricans tend to be a bit blase about quakes. But a 6.9 magnitude is a serious one. It must be remembered that the 1972 quake that devastated Managua, Nicaragua, registered just 6.2 on the Richter Scale.

That quake caused up to 20,000 deaths and mobilized rescue efforts from the United States and elsewhere. But the heavy loss of life and severe damage there was largely due to shoddy construction.

Managua is built on unstable soil left by the withdrawal of waters from the nearby lake, The U.S. embassy, for example, was built to resist ground movement, its foundations shaped like a boat hull so it rode out the quake.

But buildings on either side collapsed on top of it, negating the advantage. The lack of construction regulations which raised questions about government competence, plus blatant government theft of rescue supplies was the final straw, touching off the revolution that eventually topped the 42-year-old Somoza dictatorship in 1979.