Two Dead, Four Others In Hospital After Plane Crashes In Pavas

An American, nationalized Costa Rican, is among the fatalities 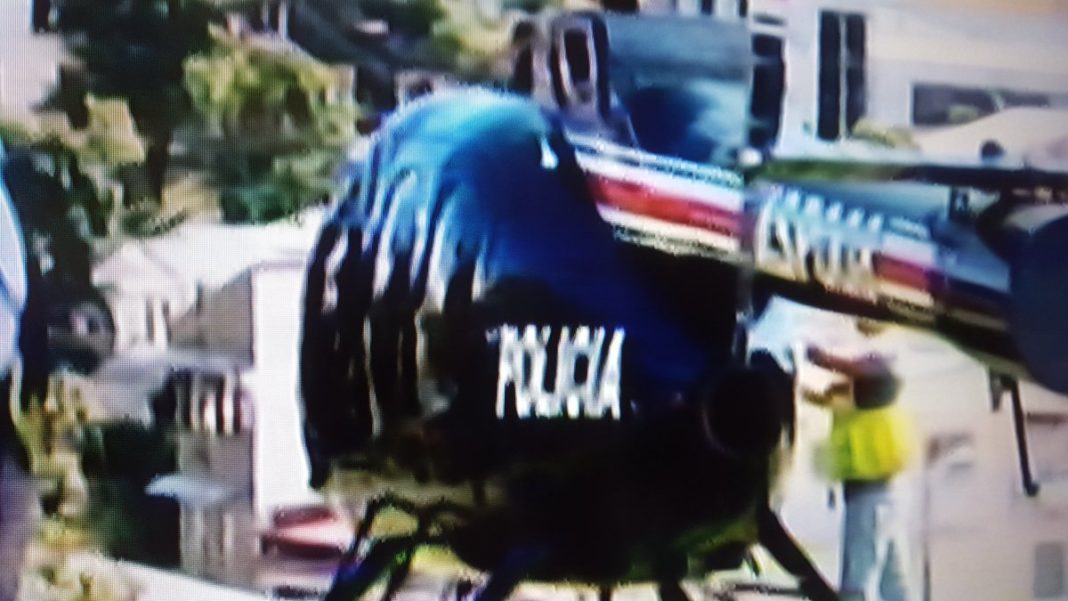 A single-engine airplane with six people aboard plunged into the Torres river, a short distance from the Pavas airport runway, in the early hours this Tuesday morning.

Initial reports said there were five passengers and though there were injuries suffered, no fatalities. See our initial report “Small Plane With Five On Board Crashes In Pavas” here.

Unfortunately, since that first report, two people have died, a Costa Rican woman who suffered a heart attack near the crash site and an American, nationalized Costa Rican, who was declared dead at 12:30p at the Hospital Calderon Guardia from injuriess suffered in the crash.

Of the other four passengers, one is in serious condition and the others with multiple traumas.

The crash occurred minutes after the aircraft took off from Tobias Bolaños airport in Pavas, bound for Liberia and Tamarindo in Guanacaste. Rolando Richmond, deputy director of Civil Aviation, said the single-engine Cessna U-206F, owned by Aerotransporte Arro S.A. took off from Pavas and, “within two minutes of making the sequence change”, contact was lost.

Rolando Richmond, deputy director of Civil Aviation, said :”he single-engine Cessna U-206F, owned by Aerotransporte Arro S.A. took off from Pavas and within two minutes of making the sequence change”, contact was lost.

The names of the deceased are María Elena Umaña Chacón, 54, Randall Lindner. Meanwhile, the wounded are Keith Putbrese, a foreing national and the others, all Costa Ricans: Alejandro Cardona, Esteban Cubero and Cristian Méndez Acuña (pilot), 60.

The alert came at 6:30 am. Héctor Chaves, director of the Bomberos (Fire Department), said first responders were at the scene at 6:45 am, reporting only five passengers on board and that they were being evauated by paramedics at the scene.

Carlos Hidalgo, spokesperson for the Ministry of Security said the rescue efforts were “quite complex”, due to the difficult access to the crash site.

Hidalgo added that the reasons for the crash are yet unknown or if the pilot had reported any problems with the aircraft or the flight itself.

The Caja Costarricense del Seguro Social (CCSS) reported on the condition of the survivors as follows: Two patients are in the Hospital Mexico, a 46-year-old man with trauma to the brain, thorax and burns and a 37-year-old man with multiple traumas and first-degree burns; One of the patients, a 60 to a 65-year-old man is being treated at the Calderon Guardia; The other, a 40-year-old patient, is at the Hospital San Juan de Dios, is undergoing medical tests and is in stable condition.