U.S. Suspends All Visas for Cubans, Withdraws Most Staff From Embassy in Havana 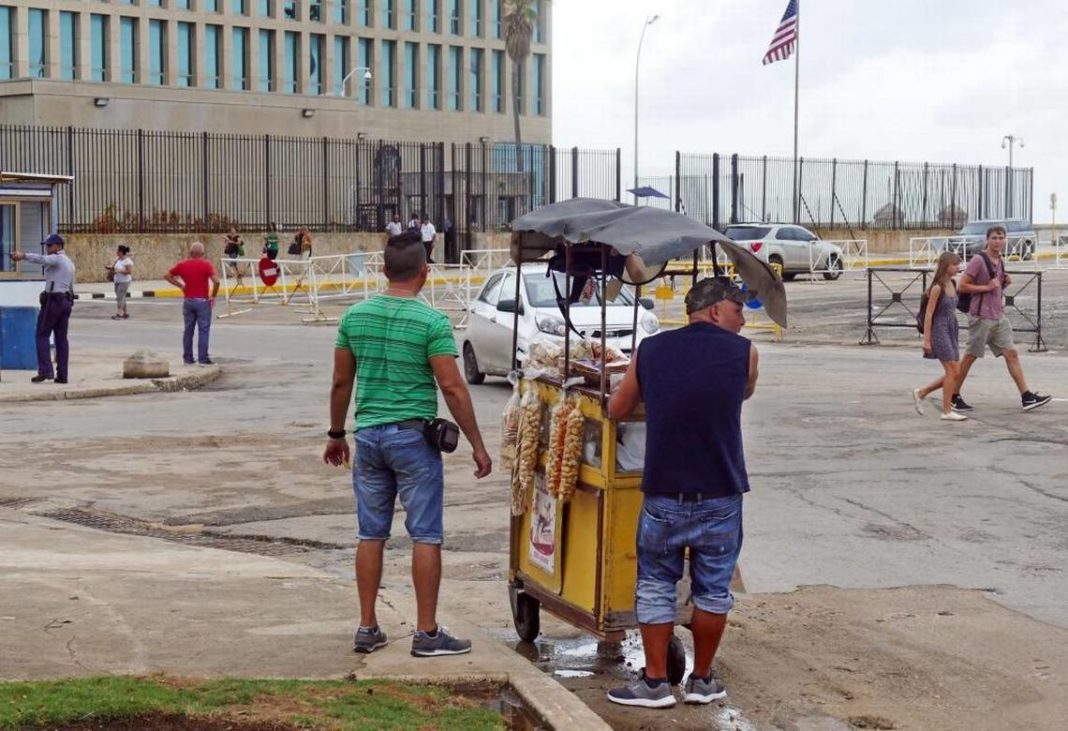 Cuban Americans seeking to have their relatives join them from the island will not be able to do so — at least for the time being — as a result of the announcement Friday of a significant withdrawal of staff from the U.S. Embassy in Havana.

It is not known how long the suspension of the visa reunification program will last.

The withdrawal of more than half of the American staff from the embassy in Havana is in response to mysterious sonic attacks that have caused several health problems to at least 21 diplomats, officials confirmed.

Additionally, Washington has issued a new alert warning Americans not to travel to the island because of the attacks.

“Over the past several months, numerous U.S. Embassy Havana employees have been targeted in specific attacks,” the State Department said in its notice. “These employees have suffered significant injuries as a consequence of these attacks. Affected individuals have exhibited a range of physical symptoms including ear complaints and hearing loss, dizziness, headache, fatigue, cognitive issues, and difficulty sleeping.”

Beyond the family reunification program, all other visas — immigrant and non-immigrant — also will be “suspended indefinitely.”

The State Department announced the suspension of visas for Cubans without having finalized the details on how they will handle this situation. Another official said that perhaps Cubans could apply for visas in third countries without explaining how the procedure would work.

“Nobody understands what is happening,” said Adrián Núñez, who arrived to Miami from Cuba two years ago and is in the process of seeking a visa for his mother who is still on the island.

“With these new measures I don’t know what will happen,” he said. “Getting out of Cuba is very complicated because few countries allow entry for Cubans without visas.”

Outside the U.S. Embassy in Havana on Friday afternoon, Lisandro Fornaris was stationed with a cart on a street selling crackers, turron and coconut and guayaba pies from a push cart. He said Cubans would not be happy that the consular section was closing and they would have to go to third countries to get visas to travel to the United States.

“It’s going to be really difficult for Cubans to do that,” he said. “There might be a few who can do that but for most, it’s impossible.”

As far as diplomats and other Americans being in danger in Cuba, he said, “There’s security here. Foreigners here are more secure than Cubans themselves. They’re prioritized here.”

Back in Washington, the U.S. also announced it will not send delegations to Cuba even as diplomatic relations remain in place.

“We maintain diplomatic relations with Cuba, and our work in Cuba continues to be guided by the national security and foreign policy interests of the United States,” Secretary of State Rex Tillerson said in a statement Friday. “Cuba has told us it will continue to investigate these attacks and we will continue to cooperate with them in this effort.”

In a conference call with media, a high-ranking State Department official said: “Until the Cuban government can provide assurances of the safety of our diplomatic personnel, the embassy will be reduced to emergency personnel so we can provide basic services to American citizens.”
Cuba called the measures “hasty.”

“We consider that the decision announced by the State Department is hasty and will affect bilateral relations, in particular, cooperation on issues of mutual interest and exchanges of a different nature between the two countries,” Josefina Vidal told the Cuban press.

Vidal, who leads the U.S. Department at the Cuban Foreign Ministry, emphasized that “the government of Cuba has no responsibility whatsoever for the alleged acts and performs seriously and rigorously its obligations under the Vienna Convention.”

She reiterated Cuba’s willingness “to continue an active cooperation between the authorities of the two countries, for the full clarification of these facts, for which a more efficient US involvement will be essential.”

- Advertisement -
Paying the bills
Previous articleVenezuela Sees Iran, Syria To The Rescue
Next articleCommunism Is the Disease It Tried to Cure

Q REPORTS (AS/COA) - Omicron has made its unwelcome...
Business