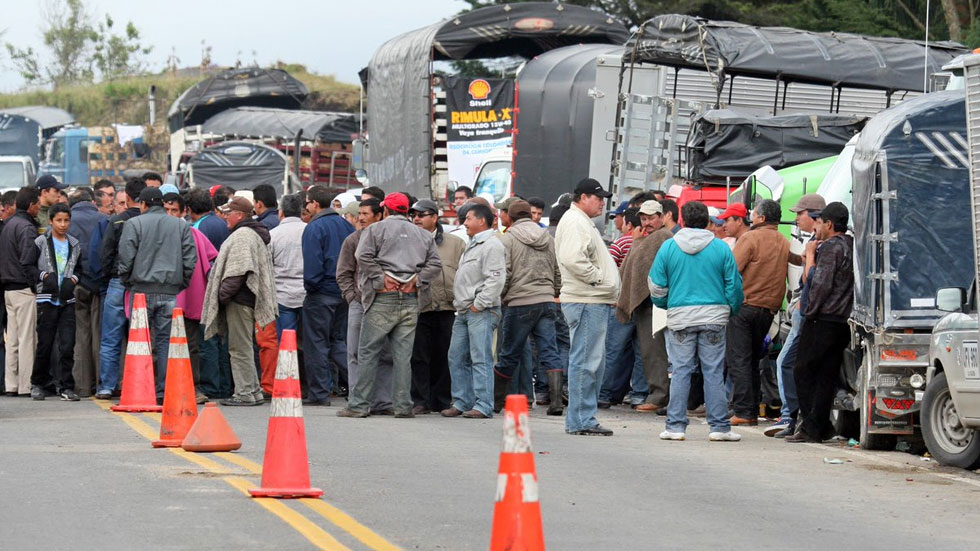 The United States issued a security warning for Colombia where an ongoing truckers strike has raised tensions across the South American country.

The alert urged US citizens on Friday to avoid areas where demonstrations are taking place.

“Even demonstrations intended to be peaceful can turn confrontational and escalate into violence,” the State Department message warned.

The alert also cited a recent trucker’s union’s announcement of a plan to block all roads entering and leaving Bogota as a cause for concern.

The strike, which began in June, has escalated over the past month and turned violent last week.

The US State Department’s warning supplements its general travel warning for Colombia. While the warning admits that the security situation in Colombia has improved significantly in recent years, it specifically warns US citizens to be careful when traveling by road.

The US government has strict guidelines for how its officials are allowed to travel. They are normally not allowed to travel by road outside of major cities. In its travel warning, the State Department urges Americans traveling to or living in Colombia follow similar guidelines.

- Advertisement -
Paying the bills
Previous articlePanama Let’s Them Pass, Nicaragua Blocks Them Passage, Costa Rica Has To Feed Them
Next articleCosta Rica Approves Reforms Against Terrorism and Laundering

Colombia: No End In Sight In Month Old Trucker’s Strike

Colombia’s government said on Tuesday it has asked truckers to consider...
Read more

QCOSTARICA - The sustained growth in the arrival of...
Infrastructure