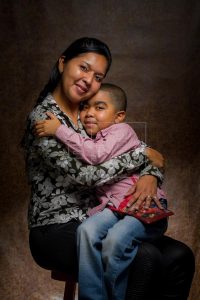 In a country where getting antihistamines, vaccines and antibiotics proves difficult and finding a donor is almost impossible, a group of mothers whose children are in desperate need of bone marrow transplants are not giving up the fight.

Only two health centers in Venezuela perform bone marrow transplants, provided there are compatible donors, but with surgery at the private one costing $20,000 and a scarce supply of drugs, treatment is out-of-reach for the average family.

The government of Nicolas Maduro signed an agreement with Italy back in 2006 so that children who did not have donors could travel to the European country for transplants. The program was funded by the state-owned Petroleos de Venezuela, but it has been on hold since 2018.

The government blames the United States for the paralysis of the program and says Donald Trump’s government imposed a block that prevents Italy’s Association for Bone Marrow Transplants from paying up.

But healthcare organizations say the problem goes far beyond that, and NGOs, doctors and other health professionals argue that the paralysis is a result of sanctions, given that delays began in 2015 and hospitals started deteriorating at least a decade ago.

A group of 26 Venezuelan children with cancer and other diseases are waiting in line at the J M de los Rios Hospital, the main public pediatric center, for life-saving bone marrow transplants.

There had been 30 of them a few weeks ago, but four have passed away since then. The youngest is four and the eldest 17.

The illnesses and poverty that mark their lives have united their mothers in their fight to save them. They show strength in front of the camera, but cry silently while recalling the critical moments in which they have seen their children’s conditions worsen owing to complications.

The women and their children narrate the daily hell they have to go through at the hospital. The waits are long and every day seems to be a battle against death.

“We can’t keep waiting, we have been waiting for too long. Someone goes everyday,” says Evellyne Fernandez, mother to 15-year-old Edenny Martinez, who was diagnosed with major thalassaemia, a form of severe anemia that requires blood transfusions every three weeks.

The teenager, who dreams of becoming a lawyer, has been receiving transfusions since she was seven months old and ended up getting hepatitis C.

And there are other risks too. The young patients need a drug that helps reduce iron levels after a transfusion, but it has not been available since last November.

According to a national hospital survey carried out by the Doctors for Health organization, 1,557 patients have died due to a lack of medical supplies, while there were 79 power outages between Nov. 19 and Feb. 9 at healthcare centers.

Cristina Zambrano, a teenager with thalassaemia who wanted to become a publicist before her condition deteriorated, has been waiting for a transplant since 2014. In 2016, she got hepatitis C after undergoing a transfusion. For her mother Rosa Colina, the hardest part is the multiple stints spent in the hospital.

Jerson Torres, 14, was diagnosed with severe bone marrow aplasia. His mom Verioska Martinez says he’s stubborn and sometimes tells her: “If I have to die, I will.”

The lives of these children have been limited, their conditions preventing them from getting involved in regular activities, like playing soccer or going to the beach.

And their growth and development has slowed down too.

The mothers have become like family for each other, united despite their children suffering from different conditions. They help each out other when their children lack the right drugs and even offer their homes up to mothers from other parts of the country who have come to the capital for help.

Edenny was hosting Norilsa Aparicio and her son Oscar Bautista, a 16-year-old with thalassaemia who also needed a bone marrow transplant.

“Moms help each other, sometimes I go to the hospital to ask if anybody has a drug that I need and if someone gives it to me then we switch favors,” says Jaqueline Sulbaran, the mother of 10-year-old Carlon Rincon, who has Down syndrome and leukemia.

Sulbaran says her son has healed but will have to have chemotherapy for two more years. However, his treatment in the hospital is on hold because the air conditioning does not work anymore.

Robert and his mom were going to be interviewed by Efe but he passed away due to a complication before that could happen. He had needed two antibiotics for severe infections, but his mother was unable to find them.

The deaths of these children moved Venezuela. On May 26 healthcare professionals and parents came out to protest outside the hospital, demanding solutions to a health crisis that has been going on for over five years.

- Advertisement -
Paying the bills
Previous articleYou Have To Be Quick, To Get An Appointment For A Road Test
Next articleApple announces new features for iPad and Apple Watch