Venezuela Elections Begin, Thousands of Councilors Up for Election 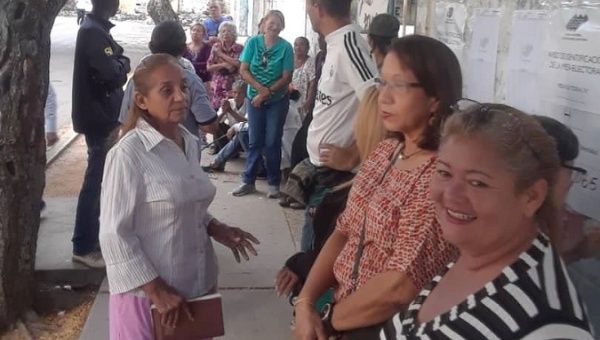 Municipal elections have begun in Venenzuela at 6:00 a.m. in which about 4,900 councilor’s post are up for election, as well as their deputy posts.

The National Electoral Council of Venezuela (CNE) announced the opening of most of the electoral centers authorized for this new electoral process.

At least 20,720,533 Venezuelans are eligible to vote in these elections. Of these, 20,490,543 are Venezuelan citizens and 230,010 voters and electors are foreigners with more than ten years of legal residence in the country.

In this election, the 25th since the start of the Bolivarian Revolution in 1999, a total of 1,073 councilors will be elected by a nominal vote, 685 by a list vote and 69 municipal Indigenous representatives. There have been 14,382 polling stations set up for the national event.

The most relevant right-wing opposition parties have decided to abstain once again, citing distrust in the electoral body and absence of equal conditions for political participation. However, individual members of parties like the Democratic Action and First Justice (Primero Justicia) have decided to participate in the elections, challenging the national leadership.

Some governments in Latin America have expressed support to the abstentionist strategy that relies on economic sanctions breaking the government or a possible military intervention against Venezuela. For critics of Venezuela’s right-wing opposition, their decision to reject electoral participation paves the way for more government victories, this time in the local level.

This is the 25th election in the 20 years of the Revolution, and the 5th in 18 months, marking the close of the popular election cycle.

On Wednesday, the head of Venezuela’s National Electoral Council Sandra Oblitas announced all the electoral material had been delivered ahead of Sunday’s municipal elections. The electoral body has run nine of the 15 audits, including the verification of voters’ registration, voting machines, and software.

Like the May presidential elections, Venezuela expects an international accompaniment delegation and hundreds of national observers. In total, they expect 600 people will participate as observers.

Currently, government-affiliated movements have power over 255 of Venezuela’s 335 city councils while opposition parties hold at least 80 of them.

This is the 25th election in the 20 years of the Revolution, and the 5th in 18 months, marking the close of the popular election cycle.

QCOSTARICA - Bianca Jagger, who was the first wife...
Health