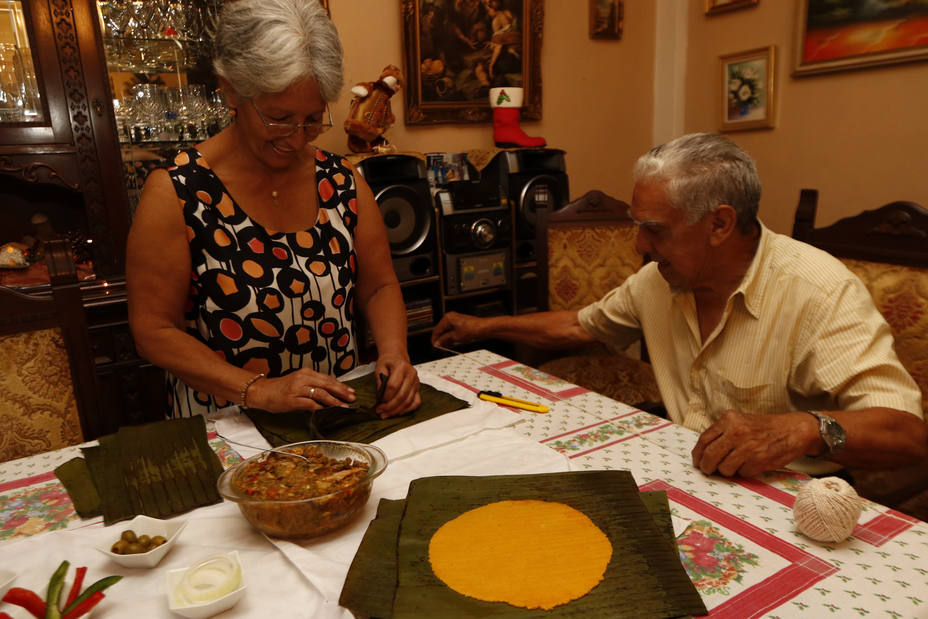 TODAY VENEZUELA – For many who live in Caracas, Christmas is the best time of the year. It is the time for preparing hallacas (Venezuelan traditional holiday dish), showing off new clothes, receiving gifts from Christ Child, celebrating Christmas Masses, performing parrandas and concerts, among other Venezuelan holiday traditions that this year have been reinvented or reduced because of the country’s economic situation.

However, there is an effort to keep the joy and fun of the family most vulnerable groups, especially kids and the elderly persons.

The Sarabia Azuaje family has prepared traditional hallacas for more than 35 years, not only to share in the Christmas and New Year dinners but as a mean of additional income. From her small apartment located Northwest Caracas, Norma de Sarabia tells us that since she started this tradition, she has never failed to fulfill it, not even the year in which one of her daughters died —one of the saddest times of her life.

“This year has been difficult because of the costly and scarce ingredients, but we are still preparing hallacas. If we used to make 500 hallacas, now we will make 150. We will also celebrate the family Christmas dinner, but this year everyone will bring something to share. Regarding the exchange of gifts, we will be giving each other shopping basket products.”

It goes the same for the Montilla Meneses family. Lisbeth de Montilla, mother of two, aged six and one year old, states that they did not prepare hallacas due to scarce ingredients, but they still plan to prepare something cheaper for dinner.

She asserts that in her entourage one of the traditions which changed the most is the gifts from Christ Child. “Years ago we gave up to three gifts to the children, but now with this situation we will be giving just one, and because the company where my husband works gives the employees toys in December.”

The religious parishes make enormous efforts to hold the traditional Christmas Mass, a celebration held for 9 consecutive days before the Christmas Eve, that this year, unlike others, it looks less crowded.

This Friday, when the Catholic Church started the celebration, in the Cathedral of Caracas the empty seats were on the agenda. There, the Christmas Mass is scheduled for 7:30 a.m. in Basilica Santa Teresa, one of the busiest temples of the city, the celebration takes place at 4:30 p.m. and in San Francisco Church the gathering is at 5:00.

Today, the third day of the nine days, the choirs are tuned at the churches and everything is set, but discouragement seizes many believers, as it happens to Florencia Gómez. “It is hard to believe, but it is very sad that attending the mass, whether in the morning or in the evening, has become risky. People just think of what to eat, there are other priorities. The most important thing is not to forget the birth of Jesus in our hearts, which is the true meaning of Christmas,” she adds.

Not even parrandas or liturgical songs serve to attract parishioners, as much joy they bring to what is considered the most important date of the year. “There are places for all, bring someone with you,” said the priest who celebrated on Friday the first Christmas Mass in the Cathedral. 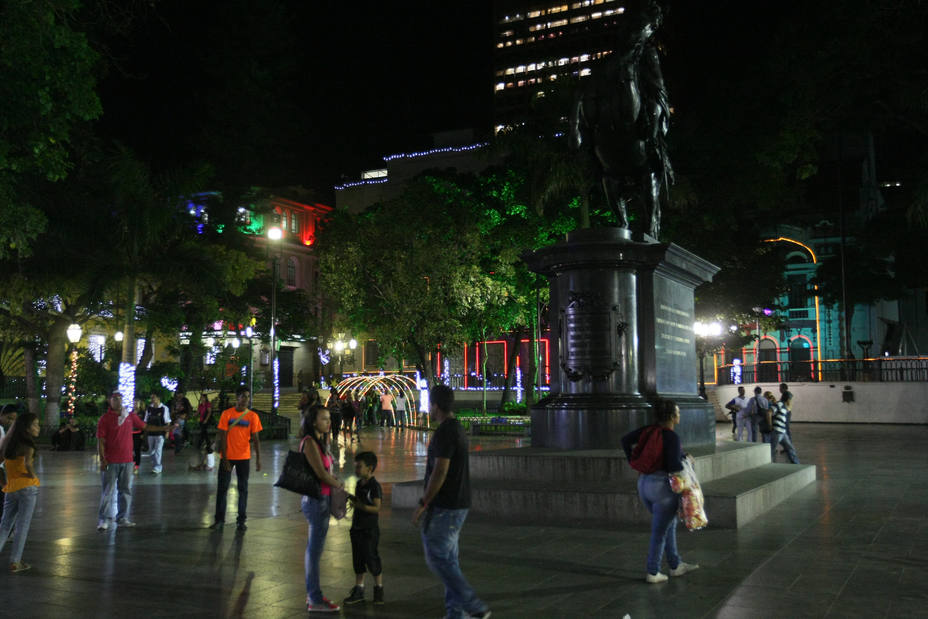 To Yorelys Acosta, social psychologist of the Center for Development Studies (Cendes) of the Central University of Venezuela (UCV), currently negative emotions like sadness, anger and fear prevail in most of Caracas residents, but there is another group that claims to be happy because they are healthy. “We know this year has been very difficult but that cannot ruin Christmas,” she asserts.

Acosta recommends to turning to family and friends with positive thoughts and good vibes. “We must keep our traditions like holding the Christmas dinner with the contribution of each member of the family, it is one of the options during crisis,” she added.

As per Albe Pérez, director of Cultura de Chacao (East Caracas), this year has been critical in terms of budget, which has prevented them from preparing extensive programming. “Despite that, there some actors, like the children, who deserve to celebrate Christmas.”

She said that this year they focused on organizing activities like parrandas and skating for children in the same communities, as well as concerts at the public squares that have been very positive because of the high attendance of locals who look for a little joy this Christmas. Unlike previous years, this year there will not be musical bands performing live in Plaza Francia de Altamira on New Year’s Eve. “We will have a DJ, fireworks and security,” she said.

NYTimes  (MEXICO CITY) - As soon as the nurse...
Front Page