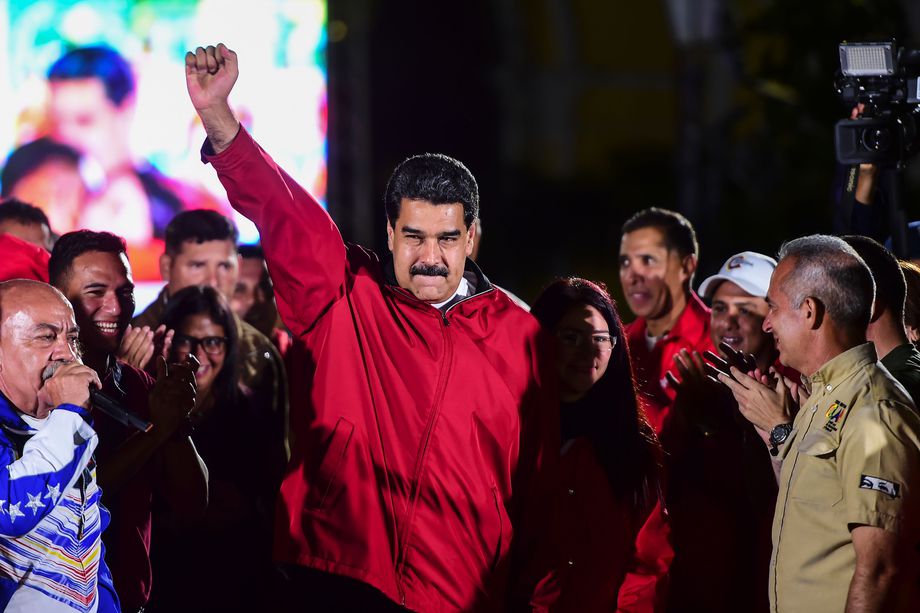 Venezuelan President Nicolás Maduro has just claimed victory in a historic election that will vastly expand his power and potentially lead to a new era of authoritarianism in what had once been a vibrant democracy.

The outcome wasn’t a surprise. Opposition voters boycotted the election, so it was clear that Maduro would dominate the results long before the first ballot was cast. Instead, Maduro’s supporters and critics are clashing over something else entirely: how many Venezuelans even bothered to vote, and whether turnout was high enough that Maduro can genuinely claim a popular mandate or low enough that the opposition can legitimately say he doesn’t have support for his policies.

At issue is Maduro’s push to create a new and massively-powerful politically body known as a “constituent assembly” with carte blanche to rewrite the country’s constitution and begin taking away the power the opposition-controlled parliament still holds. Allies of Maduro’s socialist party won all 545 seats — but the real fight is over how many people actually turned out to endorse it.

While Maduro’s government claimed that nearly 8.1 million Venezuelans participated in the vote — around 42 percent of the registered electorate — members of the opposition movement said the real figure was somewhere between 2 and 3 million, or roughly 15 percentage of the country’s eligible voters.

An independent estimate by Venezuelan pollster Innovarium and New York investment bank Torino Capital, based on exit polls at more than 100 locations, largely bolstered the opposition’s claims. It found that around 3.6 million had voted, according to the Financial Times.

If true, that would be a strikingly low number that indicates millions of Venezuelans did indeed shun Maduro’s election. And it’s much lower than what the opposition was able to turn out when it held a non-binding referendum of their own earlier in July: Nearly 7.2 million Venezuelans voted to reject Maduro’s proposal for rewriting the constitution.

Either way, the results mean that Maduro’s government now has the power to dissolve the country’s parliament — the only part of the national government that the opposition still controls. Earlier this spring, the Supreme Court, which is stacked with Maduro supporters, attempted to dissolve the parliament — although it reversed the move just a few days later after massive protests broke out.

Beyond the political controversy over the constituent assembly, the election was tainted by deadly violence. At least 10 people, including 2 teenagers, were killed in protests with government authorities, and at least one National Guard member is reported dead. One of the candidates for the constituent assembly was also shot dead in his home on Saturday.

The opposition movement didn’t run any candidates for the constituent assembly because they rejected the legitimacy of Maduro’s call for rewriting the constitution altogether. They decried the unilateral maneuver he used to call for the assembly, arguing that he needed to hold a referendum on whether the public was even interested in rewriting the constitution before holding an election on it. That’s what Hugo Chavez, his predecessor, did in 1999 — and won widespread support for it.

The opposition also rejected the self-serving electoral system that Maduro devised for electing the assembly, which gives extra weight to areas of the country that favor him and doesn’t reflect the popular vote.

Ultimately, the opposition views the constituent assembly as a blatant power grab, so they both refused to participate as candidates and called for their supporters to stay at home on Sunday.

That makes the turnout figures vital for both sides. In the run up to the election, Alejandro Vasquez, a historian of Latin America and a Venezuela specialist at New York University, originally predicted that Maduro might garner 5 to 5.2 million voters — a number that he believed would’ve made Maduro vulnerable to criticism. But Maduro appears to have fallen far short of even that — despite using strong-arm tactics to get people out to vote on Sunday, like threatening to fire public sector workers if they failed to show up at the polls.

The opposition can point out that millions more voted in their earlier referendum than the government’s more heavily funded, threat-backed vote in favor of the assembly.

That strongly suggests that Maduro doesn’t have a strong mandate, and the raucous opposition protests that have been rocking Venezuela aren’t going away any time soon.

The new assembly, which will be convened within 72 hours, has the power to reshape the constitution in any manner it pleases, dismiss old political institutions, and scrap elections.

The actual fate of that plan to remake the constitution is up in the air. Maduro has promised to hold a referendum on the new constitution that the assembly writes up at some point. For some, that pledge suggests that this new assembly won’t really be the authoritarian power grab critics anticipate, since it has to get the sign-off from most of society in that vote.

“This has to be approved by a majority — it therefore can’t be a radical document,” George Ciccariello-Maher, a scholar of Venezuela at Drexel University, told me in the run up to Sunday’s vote.

But others are skeptical that Maduro will follow through on that promise. “Maduro will postpone any election that the government can’t win,” Velasco, the NYU historian, said in the run up to the vote.

After all, Maduro has continued to postpone gubernatorial elections originally slated for last December for that exact reason.

The opposition’s goal now is to continue to undermine the Maduro regime by pushing for more protests — something they’ve vowed will begin again on Monday. They’ve been leading street protests for months that have resulted in more than 100 deaths and thousands of arrests in the past few months.

While there are plenty of factors driving the protests — Maduro is extremely unpopular and the economy is effectively collapsing — there’s been an especially intense campaign in response to the pro-Maduro Supreme Court’s failed attempt in late March to dissolve the opposition-controlled legislative branch.

Now the opposition fears the newly elected constituent assembly will succeed in doing what the court failed to accomplish.

A key part of the opposition’s strategy is to garner international support that will place more pressure on Maduro. Last week the Trump administration slapped sanctions on 13 senior Venezuelan officials for their role in “undermining democracy” in the country and warned that anyone elected to the constituent assembly could be targeted by future sanctions. On Monday, the White House announced direct sanctions on Maduro himself and deemed him a “dictator.”

And in addition to this, the Trump administration is reportedly considering much harder-hitting sanctions that would target Venezuela’s oil industry — the country’s chief source of income.

Over a dozen countries including the US, Mexico, and Argentina are refusing to acknowledge the results of the election.

This sort of international stigma is helpful for the opposition in its quest to destabilize Maduro. And it gives it a stronger hand in secret ongoing negotiations between the opposition and Maduro with international mediators that could possibly produce a resolution to the country’s political crisis.

That means Maduro’s bold attempt at consolidating power could end up hurting him more than helping him.