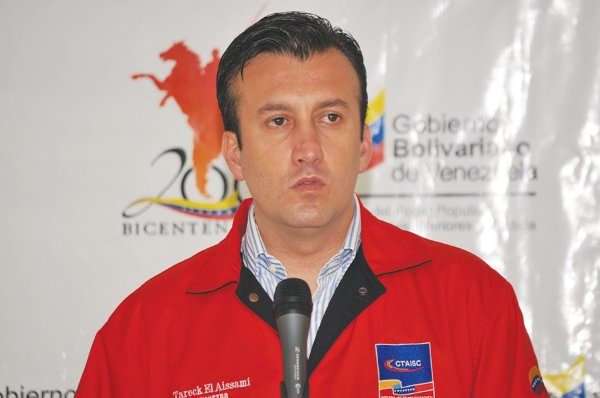 Tarek El Aissami, governor of the Venezuelan state of Aragua and one of the strong men of former President Hugo Chavez, used the Kimberly Clark crisis in his country to call Costa Rica as a “hostile” country.

On Saturday (July 9), Kimberly Clark closed its Venezuela plant claiming a serious economic downtown. In response, the government of Nicolas Maduro ordered the immediate occupation of the plant (seizure) to reactive production.

For his part, President Nicolas Maduro, said the abandonment of the company by its owners, is another example of “progressive economic coup” against Venezuela.

El Aissami, said that within 24 hours of taking control of the Kimberly Clark facilities, all machinery was restarted and 11 production lines working.

“The owners fled to Costa Rica from where, I denounce it as a hostile country, because it is where they deposited worker benefits, and in a cowardly manner left people out of work,” said the El Aissami in an official television broadcast by VTV in the city of Maracay, where the plant was located, on the program “En Contacto con Maduro”.

During the program, President Maduro said, “Greetings to all those workers of the company, which was called a day ago Kimberly Clark, and was abandoned in the middle of an economic war against the country.”  Maduro did no give details of the new company name that is now in the hands of the workers.

Venezuela is experiencing difficult times due to lack of raw material for many commercial activities.

Although the Maduro government describes the situation as a ‘trade war against Venezuela’, over the weekend it was forced to open the border with Colombia for thousands to stock up on basic commodities, and the “impossibles” like food and medicine not available in Venezuelan shops.

This is not the first time it happens. In 2014, the Clorox company left Venezuela and the government took control of its plants.

El Aissami was  the Interior Minister and Justice of Venezuela under Hugo Chávez’s presidency. He was previously deputy minister in the same cabinet, a legislator National Assembly of Venezuela and a key member of the Partido Socialista Unido de Venezuela (Psuv) – Venezuela’s socialist party. He has been described as, “One part master of Middle-Eastern networking, one part honorary Cuban revolutionary, and one part highly ambitious Chavista.”

QCOSTARICA  - The 200 years of the Independence of...
Chile