What Happens in Latin America if Donald Trump Wins, According To Laura Chinchilla 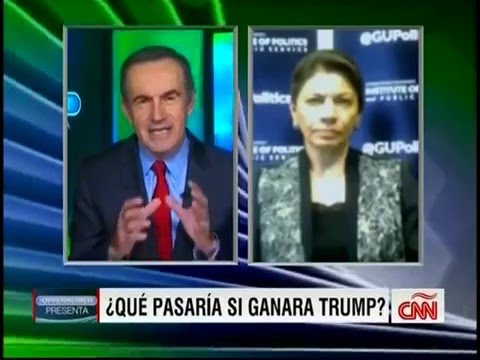 According to Doña Laura, if Donald Trump were to win the nomination for the Republican Party, and eventually the Presidency of the United States, relations between that country and Latin America would be reduced virtually only to migration, regardless of trade, investment and national security.

During an interview with “Oppenheimer Presenta”, the former president deplored the rhetoric that has driven the Trump campaign.

“His approach to the region is absolutely reductionist to migration, leaving aside the issues of trade, investment and security, for example in the latter area, his strategy is to construct a wall and on migration what he wants is a policy US refusal to adopt a comprehensive immigration policy,” said Chinchilla.

The former president notes that undoubtedly there would be a “hardening of relations between Central America and the United States” because Trump has the perception that every Latin American who comes to this country, “is going to commit a crime” Chinchilla said.

Currently, Trump is the favorite for the Republican nomination, while the other GOP candidates Marco Rubio and Ted Cruz struggling, trying to unseat the tycoon.

Since starting the campaign, Trump accused illegal Latin Americans (though his comments were more directed to Mexicans) of being thieves and rapists, proposed building a wall between Mexico and the United States – that would have to be paid by the Mexicans, and wants to expel illegals “to reunited the non-American families with their country of origin.”