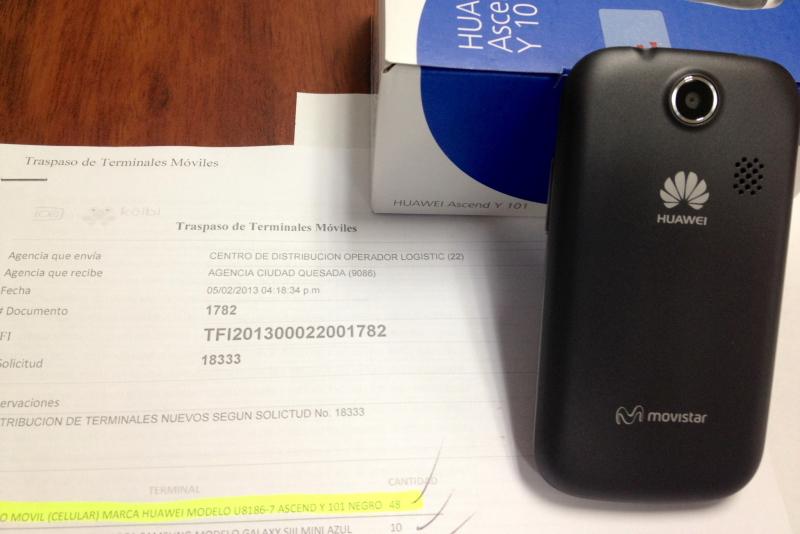 The state telecom, instituto Costarricense de Electricidad (ICE), purchased is selling to its customers cellular telephones with the “Movistar” logo.

Apparently, the mistake is not an isolated one to the an ICE store located in the Zona Sur (Souther Zone), that was surprised to find that the recent Huawei U8186-7 models had the logo of ICE’s competitor.

ICE has confirmed that, a group responsible for purchases, bought some 1.000 units with the competitor’s logo.

Critics of ICE point out this is “just another of many errors” that plague the state telecom. The president of ANTTEC, Jorge Arguedas, had this to say, “just another example of how things are being handled inside ICE, favouring transactions without measuring the financial impact of the institution, nor the morals and ethics of its workers”.

QCOSTARICA - President Carlos Alvarado said he has all the confidence in his Minister of Public Works and Transport (MOPT, Rodolfo Méndez Mata, and...
Redaqted

QCOSTARICA - Good news for Ticos with traveling fever! From Friday, June 25, Germany will allow entry of travelers from Costa Rica as long...
HQ