What The F**k Happened To The Sabana Lake?

TICO BULL by Rico – Any who has spent any time in San Jose will have visited La Sabana metropolitan park and the Sabana lake (Lago La Sabana in Spanish), the once beautiful lake that is no longer.

Only a few years ago I used to walk the park and in particular a double circle around the lake itself.

La Sabana park is considered “the lungs of San José”. Covering an area of 0.72 square kilometres (0.28 sq mi), La Sabana offers green space and recreation to the residents, that includes a velodrome, soccer fields, baseball diamonds and the crown jewel, the national stadium. 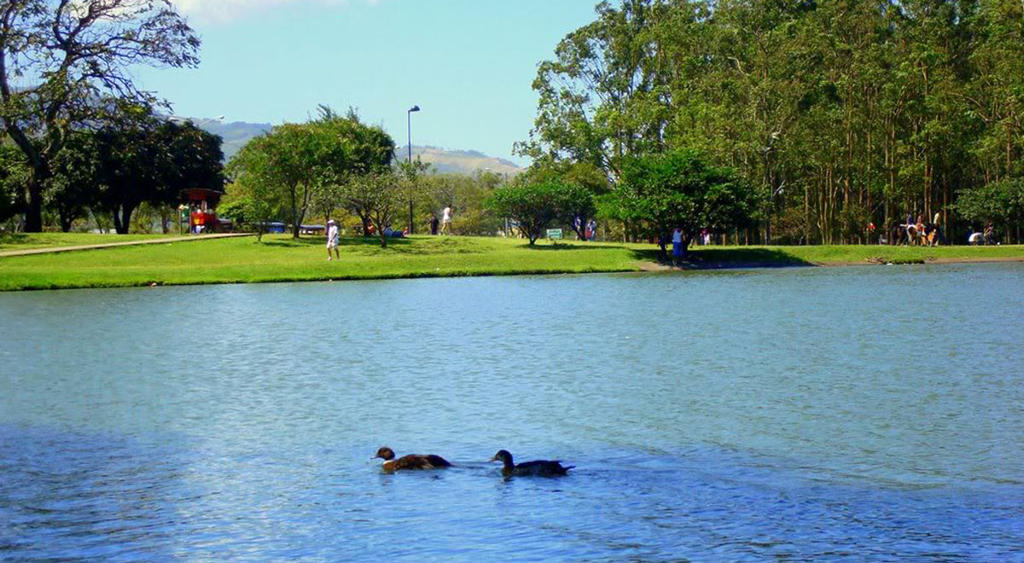 The lake is artificial. The Instituto Costarricense de Electricidad (ICE), the State power and telecom, provided the energy to run the pumps and operated the fountain; the Acueductos y Alcantarillados (AyA), the State water and sewer utility, provided the fresh water.

A spat between the two some years ago, if I recall correctly, over the electrical power to run the fountains in La Hispanidad fountain in front of the Mall San Pedro, led to the AyA shutting off the tap in La Sabana.

Since no new water is being pumped into the lake and the pumps to kept the water moving are idle, well, we see the results.

Today (Sunday, February 26, 2017), the water is a putrid greenish/brown, it smells and the water level dropped at least one metre (more than 3 feet).

All I could is stare and remember what once was.

“How could they let this happen?”

For some long minutes I stared and stared. Jorge, with his fishing line in the water, remenisced with me. I was stepping into an area where only a couple of years ago I would be hip deep in water.

A passerby, walking his dog, as I had done many times moons ago, overheard our conversation. Being new to the park, like I imagine many who visit today, was taken aback by our recollection of this one beautiful part of the park.

What I don’t understand, the ICODER, the government agency that manages the park has not done anything about the lake.

The small pond is completely dry.

TODAY NICARAGUA – “The Nicaraguan delegation has been able...
Indicators