When in Guanacaste, You Can’t Miss A Visit To The Rincon de la Vieja

The national park and volcano of the same name is a must see when visiting Guanacaste, Costa Rica 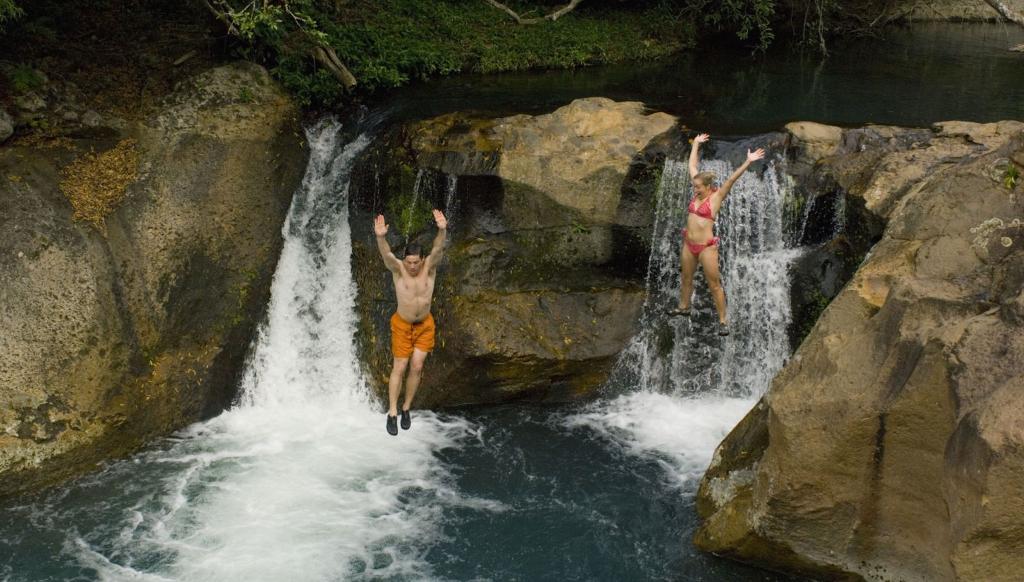 This natural area is where travelers can try a huge array of adrenaline filled activities, including ziplining through the forest canopy, rappelling down waterfalls, swinging Tarzan-style in a canyon, paddling through river rapids up to Class 5 in an inflatable 2-person raft, and a 400 metre (1/4 mile) waterslide, fed by a river.

You can also dip into hot springs and cover your body in volcanic mud, said to be an anti-inflammatory and soothing product to calm the skin and make you look younger.

Many resorts that were built in the park offer horseback rides and ATV tours through the forests and fields, offering spectacular views of the volcano and the Costa Rican coastline.

There are also hiking and biking trails that wind through the park.

And a visit to the Rincon de la Vieja volcano, with the same name as the park, is a must.

The name Rincon de la Vieja means Old Woman’s Corner and comes from an ancient local story about a woman, whose lover was tossed into the volcano’s crater by her father. To stay close to her former love, she went to live on the volcano and never returned to town.

At 1,916 metres (6,286 ft) above sea level, the Rincón de la Vieja volcano’s summit is the highest point in Rincón de la Vieja Volcano National Park. The volcano has a large number of fumaroles and hot springs on its slopes. It is formed by felsic lava.

Rincón de la Vieja is one of six active Costa Rican volcanos: the others are Poás, Irazú, Miravalles, Arenal, and Turrialba.