Why is There So Much Crime in Latin America? 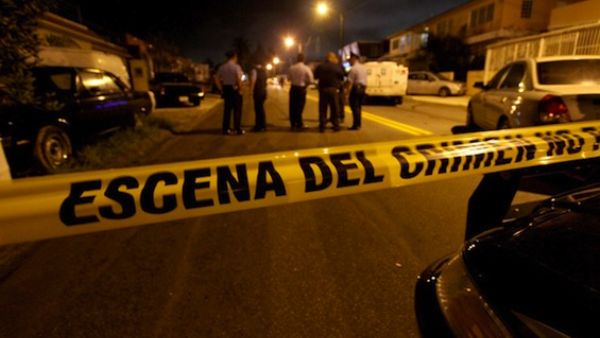 Q24N by Nathalie Alvarado – I too have been a victim of theft, when I was robbed of my laptop during a recent trip to the region.

However, this incident pales in comparison to the veritable tragedy that violence is inflicting. Some 350 people die violently every day in the region. Latin America and the Caribbean make up just eight percent of the world’s population but are home to 31 percent of its homicides.

This article originally appeared on the Inter-American Development Bank’s blog Sin Miedos and has been republished with permission. See the Spanish original here.

We live in fear; fear of assault, of being killed, of being robbed of our cellphones. Many women fear taking public transportation, and too many suffer are victims of domestic violence. For many parents, it is unthinkable to allow their children to play in parks after dark.

Insecurity also impacts the region’s financial and social well-being. It causes the cost of investment to go up, and takes away resources for other social needs such as education and health.

At the Inter-American Development Bank, we know that insecurity is one of the biggests challenges to development that countries face. In this article we will review the factors that explain why our region is the most violent.

The reasons for the high levels of crime and violence have to do with what we call “the paradox of the perfect storm.” The paradox is that in the last decade, the region has enjoyed healthy economic growth and improving social indicators. Income per capita has doubled.

So, why so much crime?

The causes of crime and violence are complex. What makes homicides go up in one country is not necessarily what causes increased violence in another. For example, a jump in the homicide rate in Rosario, Argentina is due to different factors than a crime wave in Santiago.

But if we focus on common factors impacting countries throughout the region, the perfect storm starts to take shape.

First, in the last decade our cities have grown rapidly, but in a disorganized manner. As a result, governments have been unable to guarantee necessary state services to the entire urban-dwelling population.

Second, public institutions — including the police and criminal justice system — did not adapt to new realities, resulting in even more impunity and corruption.

Third, we have an enormous population of what we call “Ni-Nis” (“Neither-Nors”). That is, youths who neither study nor work. We estimate that one in five youths are a “Ni-Ni,” which is equivalent to 32 million people. That is bigger than the population of Peru.

For many of these youths, the profitability of criminal activity is greater than the benefits earned through legal work.

On top of these conditions, we have the presence of organized crime and drug trafficking. We want to be clear: Latin America has been a violent region for decades, even before the emergence of drug cartels. But we have no doubt that drug trafficking has caused the violence to worsen. We estimate 30 percent of all homicides are due to organized crime.

To make matters worse, what should be providing a solution to the violence is only generating even more crime: the overcrowding of our penitentiary systems. We know that the gangs strengthen themselves in overflowing prisons, because they help to bring order to these facilities. This power they gain in the prisons is later be projected onto the streets.

* Nathalie Alvarado is the coordinator for citizen security and justice at the Inter-American Development Bank.