Why Nicaragua Can No Longer Stay With Its Borders Open 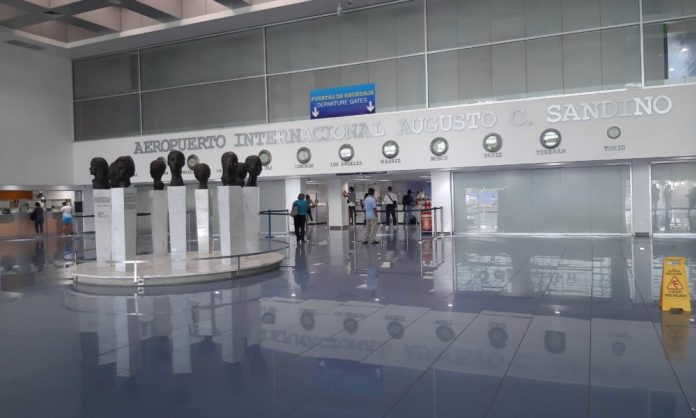 The closure of borders is a measure that the government of Daniel Ortega refuses to take, despite the fact that almost all the countries of the region have done so, as a possibility to contain the spread of Covid-19.

Specialists assure that if the country is truly in the stage of the imported case, it would be even more relevant to implement it because it would mean reducing the risk of contagion.

The six cases confirmed by Covid-19 in the country have come from abroad: three of them from the United States, one from Panama, one from Colombia and one that the Minsa “is treating as imported” but has not said where it came from.

Of the three from the United States, they are said to be: a 52-year-old woman, who has already been discharged; a 70-year-old man who is in poor health but stable; and another of a 76-year-old, with multiple chronic affections, but stable.

The Panama case was the first one reported in the country; the one from Colombia is the only death reported.

All of them had to have entered through the Augusto C. Sandino International Airport (MAG), in Managua, where the authorities only take the data of the people who enter the country and give them telephone number follow-up.

Recently, the president sanctioned by the National Assembly, Gustavo Porras, assured that more than 16,000 people had entered the country who came from countries where there is active transmission, and the Minsa visited them daily.

This was questioned by doctors because in reality there is no quarantine or surveillance control and mobilizing is at the discretion of the person, knowing that they could be an asymptomatic case.

Quarantine, self-isolation, stay at home, social distancing, and border closures are measures that many countries of the world have implemented in order to reduce the contagion curve of Covid-19.

For example, Costa Rica only allows Costa Rican citizens and residents to enter the country and has strengthened its security to avoid irregular (illegal) crossing through “blind spots” and imposed a 14-day mandatory quarantine on them.

Honduras, the neighbor to the north, also has its borders closed.

However, Nicaragua keeps the airport open, despite the last airline, Aeromexico, will suspend operations in the country on April 9.

Specialist in infectious diseases Carlos Quant points out that even if there is community transmission, the measure of stopping transit between one country and another can slow down the progression of Covid-19, which already exceeds 1.5 million people infected worldwide.

The new coronavirus is more difficult to face because, in a certain way it becomes invisible, it can be in a person’s body and not have any type of symptoms, so Quant explains that someone who comes from abroad the first thing that happens is that they are in the possibility of infecting the family, and then they infect other people with whom they are in contact with, and when the epidemiological link is lost, they are now community transmission.

In the country, laboratory tests are not being carried out on all the people who are entering the country by air, land, and sea.

Public health specialist Alejandro Lagos explains that open borders mean that at any time you can have a virus carrier that infects wherever you go and the most exposed are the same immigration and customs workers.

Likewise, the expert indicates that the policy of refusing to close the border posts, as neighbors Costa Rica and Honduras did, is one of the factors that may move the country from its current phase (imported cases) to that of community.

- Advertisement -
Paying the bills
Previous articleInfected or Contaminated, What’s The Difference?
Next articleThe challenge of getting a Covid-19 test in Nicaragua

QCOSTARICA - The cost of the vehicular inspection will...
Travel