Will 2017 Be Your Last Chance To Move To Costa Rica?

(Q COSTA RICA, by Scott Oliver) Based on their staggeringly ABYSMAL track record, are you really willing to let your government – any government – protect you and your loved ones?

Or, would it be sensible to have a plan ‘B’? 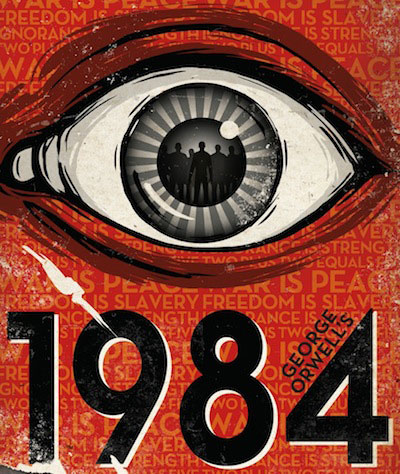 In his ‘1984’ book written 67 years ago, George Orwell wrote that: “If you want a picture of the future, imagine a boot stamping on a human face–forever.”

Based on what we’ve seen happening over the past few weeks with the new farcical war on ‘fake news,’ that boot is stomping all over the place and it’s only a matter of time before the truth about anything will be really hard to find and we will all be fully and obliviously immersed in the Matrix.

“Congress has taken a big step in fighting back against fake news and propaganda from countries like Russia. When the president signs this bill into law, the United States will finally have a dedicated set of tools and resources to confront our adversaries’ widespread efforts to spread false narratives that undermine democratic institutions and compromise America’s foreign policy goals,” said Chris Murphy (D-CT)

This was eloquently summed up by Zero Hedge:

In other words, the Act will i) greenlight the government to crack down with impunity against any media property it deems “propaganda”, and ii) provide substantial amounts of money fund an army of “local journalist” counterpropaganda, to make sure the government’s own fake news drowns that of the still free “fringes.”

No doubt the way in which they will be “fighting back against fake news” will be copied from Israel’s ‘Army of Bloggers‘ which they use to “combat anti-Zionist web sites.”

You know those “anti-Zionists”, right? Those ‘extremist’ types who educate people so that they stop sending more American children to the Middle East to die in wars for Israel.

Earlier this year in Israel, Chief Military Censor Col. Ariella Ben-Avraham “officially contacted some 30 bloggers and administrators of Facebook pages requesting that they submit items for review by the censor ahead of publication, provided they concern areas requiring review, according to the emergency regulations in force since the state’s founding.

So much for freedom of speech, eh?

Which brings us back to our old mate George Orwell once again because the main character of 1984 is Winston Smith, a member of the Outer Party, he works for the Ministry of Truth (or Minitrue in Newspeak), which is responsible for propaganda and historical revisionism. His job is to rewrite past newspaper articles, so that the historical record always supports the party line.

We’re just about there, don’t you think?

And like ‘1984’ the world is increasingly divided into “three huge superstates: Eastasia, Eurasia, and Oceania. It is a world characterised by dreary squalor, permanent warfare, spying telescreens, the “thought police”, and Big Brother:

“The ideal set up by the Party was something huge, terrible and glittering — a world of steel and concrete, of monstrous machines and terrifying weapons — a nation of warriors and fanatics, marching forward in perfect unity, all thinking the same thoughts and shouting the same slogans, perpetually working, fighting, triumphing, persecuting — three hundred million people all with the same face.”

Always, always, always remember! To learn who rules over you, simply find out who you are not allowed to criticize.

Another nail in the already rotting wood of the First Amendment coffin is the Anti-Semitism Awareness Act of 2016.

Philip Giraldi who is a former CIA counter-terrorism specialist and military intelligence officer who spent 18 years in the CIA sums it up well:

“The Anti-Semitism bill makes Jews and Jewish interests a legally protected class, immune from any criticism. “Free speech” means in practice that you can burn an American flag, sell pornography, attack Christianity in the vilest terms or castigate the government in Washington all you want but criticizing Israel is off limits if you want to avoid falling into the clutches of the legal system.

The Act is a major step forward in effectively making any expressed opposition to Israeli actions a hate crime and is similar to punitive legislation that has been enacted in twenty-two states as well as in Canada. It is strongly supported by the Israel Lobby, which quite likely drafted it, and is seeking to use legal challenges to delegitimize and eliminate any opposition to the policies of the state of Israel.”

Now is the time to put your plan ‘B’ into action and buy your home in Costa Rica – which doesn’t have an army, or a navy or an air force and couldn’t enforce a Martial Law if we had one – where you could escape to…

Or maybe a comfortable condo near the beach in Jaco? Or, a small apartment in the Central Valley where you can relax before they declare Martial Law in the USA, Canada and the UK.

Under H.R. 22 of Section 7345 of the tax code, the United States government can restrict passports and travel of those individuals in debt to the IRS of upward of $50,000 until the Internal Revenue Service gets what is owed them and, there’s no doubt in my mind that they will expand upon these restrictions in the very near future.

So come on down to Costa Rica while you can! Before Homeland Security implements immigration controls and insists on you applying for and receiving permission to travel outside the USA for “your protection.”

And always remember! To learn who rules over you, simply find out who you are not allowed to criticize.

QCOSTARICA - President Carlos Alvarado said he has all the confidence in his Minister of Public Works and Transport (MOPT, Rodolfo Méndez Mata, and...
HQ

QCOSTARICA - The pandemic caused by Covid-19 fuels the strategy of positioning Costa Rica as a world destination to develop wellness tourism, since travelers...
Banking