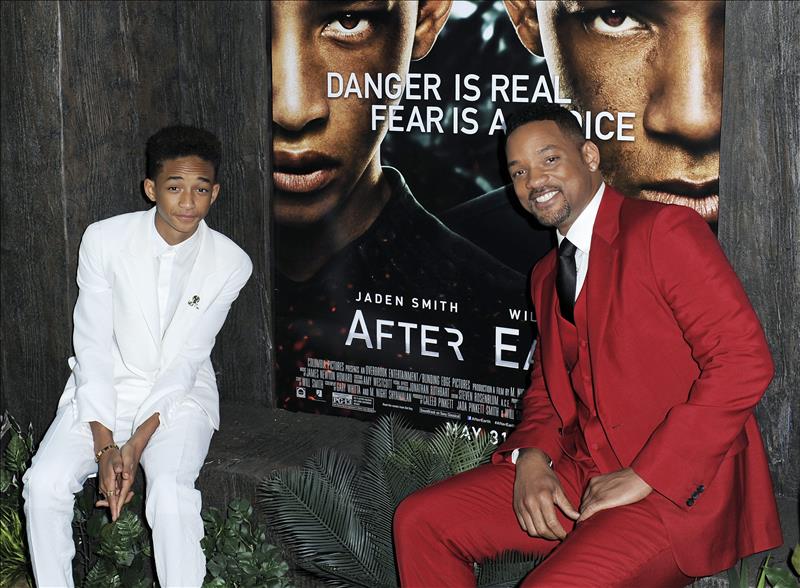 COSTA RICA EXTRA – Until recently, all earthly evidence has suggested that Will Smith is superhuman. This is a man whose films have grossed over $6.6 billion at the box office. This is a man who watched as every one one of his films made during a nearly 20-year span opened at No. 1 in North American box offices. This is a man who wears cherry red three-piece suits to movie premieres (above). . . and pulls them off.

So it was startling for us to learn that the Oscar-nominated actor and Grammy-winning musician discussed his own semi-normal struggles during a recent interview.

During press rounds for his upcoming film Focus, People reports that the actor opened up about his last feature, the reportedly us$130 million After Earth, which flopped at the U.S. box office. Even though the M. Night Shyamalan sci-fi film, which co-starred Smith’s son Jaden, did well overseas, the actor admitted that the experience left him shaken.

“After the failure of After Earth, a thing got broken in my mind,” Forbes’ former most bankable star told reporters this weekend. “[Afterward] I was like, ‘Oh, wow. I’m still alive. Oh, wow. Actually, I still am me, even though the movie didn’t open number one. Wait. I can still get hired on another movie.’”

Smith explained that he had to separate his perception of himself from his box office performance before he could realize “that I still was a good person.”

Much of the filming of After Earth took place in Costa Rica, in the area of the Arenal volcano in La Fortuna de San Carlos.